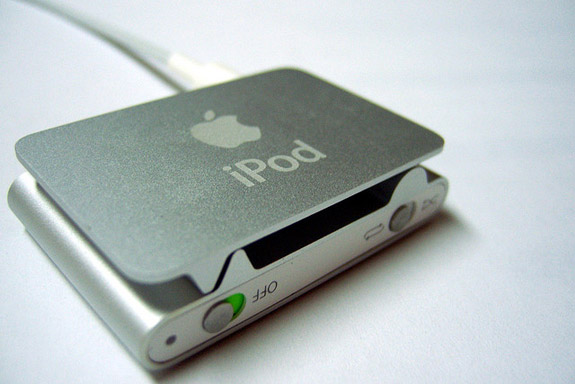 What are rare earth elements?

The U.S. Geological Survey recognizes 17 different rare earths, materials with science-fictionesque names like lanthanum and gadolinium, sales of which add up to less than $2 billion each year. They are used in everything: glass polishing and ceramics, automotive catalytic converters, computer monitors, lighting, televisions and pharmaceuticals. These minerals are crucial to producing high-tech goods such as smart phones, electric cars and wind turbines. In fact, they are key to the manufacture of everything from iPods to hybrid cars and eco-friendly light bulbs. So, in your day-to-day life you are using products made with rare earths.

In a post from MarketWatch Byron King, editor of Energy & Scarcity Investors, states:  “We are addicted to rare earths as much as we are addicted to oil”. Yet “none of these elements are famous like gold or silver. None gets shipped in giant ore freighters like iron, aluminum or copper”. “Without these elements, much of the modern economy will just plain shut down,” he said.

Despite their name, rare earth elements (with the exception of the highly unstable promethium) are relatively plentiful in the Earth’s crust, with cerium being the 25th most abundant element at 68 parts per million (similar to copper). Cerium has several usages: as a chemical oxidizing agent, polishing powder, yellow colors in glass and ceramics, catalyst for self-cleaning ovens, fluid catalytic cracking catalyst for oil refineries.

Following the oil metaphore China is the Saudi Arabia of rare elements. China accounts for about 97% of global rare-earth production – 139,000 metric tons of material in 2008 – and it also consumes about 60% of the world’s rare earths. Meanwhile, the U.S., which is also a major buyer of rare earths, mined no rare-earth elements last year. But, while deposits of rare earths minerals exist in Australia, the United States and Canada, exploration and production lags China significantly.

There are at least 26 publicly traded companies in Canada that have rare earth projects at some stage of development. But good quality, economically feasible deposits are scarce.

Recently China announced it would cut its export quota by 35 percent for the first half of 2011 compared with a year earlier, saying it wanted to conserve reserves. China defended its export controls saying that they were in line with World Trade Organization rules, after a government move to slash export quotas on rare earths sparked trade concerns all over the world. Countries such as Korea and Japan, both heavily dependent on the metals for hi-tech manufacturing, are scrambling to secure future supplies.

With growing demand for them at home, the authorities in Beijing have cut back significantly on the export of rare-earth materials. Over the past year, China has reduced exports of them from an annual 50,000 tons to 30,000 tons, that is 15,000-20,000 tonnes less than consumption by non-Chinese producers. In July, the Ministry of Commerce announced exports would be slashed to just 8,000 tons for the remainder of 2010.

China has officially cited environmental issues as one of the key factors for its recent regulation on the industry, lowering the exportation quota. But non-environmental motives have also been imputed to China’s rare earth policy. According to The Economist, “Slashing their exports of rare-earth metals has little to do with dwindling supplies or environmental concerns. It is all about moving Chinese manufacturers up the supply chain, so they can sell valuable finished goods to the world rather than lowly raw materials”. One possible example is the division of General Motors which deals with miniaturized magnet research, which shut down its US office and moved all of its staff to China in 2006.

The Economist warns: “With worldwide demand for rare-earth metals amounting to 134,000 tons last year, and only 124,000 tons being produced, the difference has had to be made up from dwindling stockpiles. By 2012, demand is expected to reach 180,000 tons, which could exhaust the world’s remaining inventory. The result has been panic throughout industrial countries.”

By restricting the exports China will get prices to go up, which will beneffit the country in a double way: a higher value to its rare earths exports, which means more revenues under this concept, and a cheaper price commodity (compared to the price other countries get for the same commodity) which will in turn contribute to a lower price for the production of high tech products. Again, China would be more competitive in relation to other countries. But once again The Economist sees another possible plan for China: “Controlling the supply of rare earths means that China can also control their processing and use in finished goods, which would fit a broader effort to drive its manufacturers from low- to high-value goods.”

Of the materials analyzed, five rare earth metals (dysprosium, neodymium, terbium, europium and yttrium), as well as indium, are assessed as most critical in the short term. For this purpose, “criticality” is a measure that combines importance to the clean energy economy and risk of supply disruption.

The United States Department of Energy in its 2010 Critical Materials Strategy states that the basic availability of dysprosium oxide is tight in the short term. Electric drive vehicles represent roughly four times the demand for dysprosium oxide than wind turbines in 2025 under projections made by the Department. Anticipated new mines will provide relatively little new supply, an additional 12% supply, by 2015. According to the report global demand will exceed projected 2015 supply.

Keeping rare earth minerals at home China is keeping a powerful weapon in the pocket. China has the key for a high tech sector, which is mostly concentrated in developed economies, to move forward, and that is a lot of power. 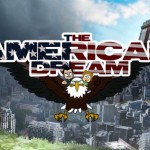 The American Dream Previous
Nigel Farage: the no longer Mr Nice Guy Next