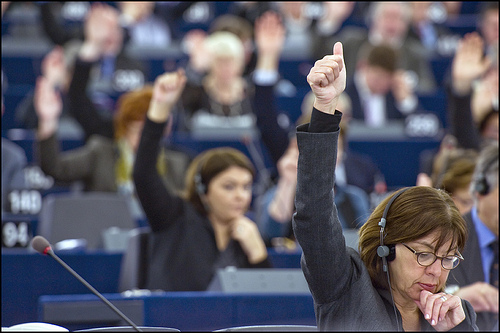 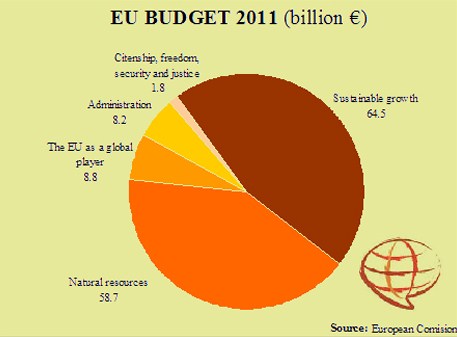 A greener European Union, projected more as a global actor and, of course, focuses on overcoming the economic and financial crises.

After the Lisbon Treaty, the European Parliament has reinforced its powers on the budget, which has to be approved with the Council of Ministries. Nonetheless, this vote shows that, in this area, the Member States still have the principal domain over the decisions. In December 2010, the EU Budget was finally approved.

The budget emphasizes the need to accelerate the European economic recovery. It builds on and aims to translate into action the main political priorities set by President Barroso: dealing with the economic crisis and building the momentum of the recovery; restoring growth for jobs by accelerating the Europe 2020 reform agenda; building an area of freedom, justice and security; launching negotiations for a modern EU budget and pulling the EU’s weight on the global stage.

A campaign launched by David Cameron and followed by the other big donors called for curbing EU spending over the next decade. Thus, the problems around the Budget were the resistances to increase global expenditure and/or to reduce expenditure in certain policy areas, the slow effects on some policies (justice and home affairs, R&D, migration, foreign policy, environment…) and the cautious (negative) response to the European tax.

The new EU budget faces new challenges (i.e. climate change and globalization) but it does not mean a structural change. The Common Agricultural Policy (CAP) is dwindled and the problem of climate change and energy become priorities. While apparently there is at present no justification to increase the EU budget, a through reform of the CAP should permit a significant shift of resources towards competitiveness. Simplification, independent evaluations and increased flexibility should take place to facilitate the use of funds and allow resource reallocation to better performing programs.

Sustainable growth: the biggest part of the cake with € 64.5 billion has the aim of stimulating Europe’s economy. Competitiveness and cohesion are the purposes, dealing with major social challenges such as climate change or the ageing population, investments to modernize and diversify economic structures across Europe’s least-developed regions and adapt the workforce to a changing economic environment (by the European Social Fund).

Natural Resources: € 42.9 billion will help to stabilize the difficult financial situation of 7 million farmers who meet high environmental standards, contributing to preserving the good quality of Europe’s soil, water and air. Another € 14.4 billion will be invested in the economic diversification of rural areas, home to 50% of the EU’s population.

Citizenship: € 612 million (8% more than 2010) is being provided to reinforce measures against illegal immigration and to develop programs to integrate skilled migrants.  To increase the security and well-being, € 134 million are provided to fight all forms of crime and terrorism, develop effective EU crisis management systems, exchange information and increase cooperation over law enforcement. The MEDIA and Culture programs together contribute around € 168 million.

The EU as a global player: The Development Cooperation Instrument makes available € 2.6 billion. Some € 825 million has also been allocated for humanitarian aid. Countries in Eastern Europe, South Caucasus and the southern Mediterranean bordering the EU receive € 1.8 billion in funding via the European Neighborhood and Partnership Instrument. The Instrument for Pre-Accession Assistance provides € 1.6 billion to support EU candidate countries and potential candidate countries in their efforts to come closer to European standards and policies. It is also important to mark an increase of 7.5% over 2010 in this area.

The EU Administration absorbs € 8.2 billion (3.2% more than last year). That has been always a controversial figure, even if, as the European Commission has stated, that all the institutions have to adopt austerity measures. Maybe the challenge for the EU is not to spend more, but to spend better. 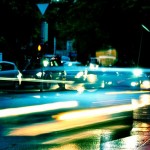 The end of gas fueling vehicles in Europe (by 2050) Previous
Time for outrage ... and time to react: following Stéphane... Next 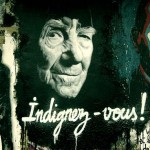