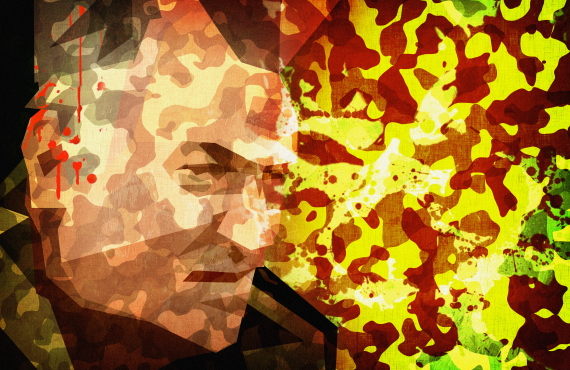 Last week the Bosnian Serb military commander Ratko Mladić, indicted for war crimes by the International Criminal Tribunal for the Former Yugoslavia (ICTY) in The Hague, was arrested by the Serbian police. Mladić, who was on the run from justice since 1995, is accused of being responsible for the genocide in Srebrenica and his arrest is considered the closure of the last chapter in the war, ended by the Dayton agreement in 1995.  In this article, we will try to analyze some possible effects of Mladić’s arrest in Bosnia and Herzegovina as well as in Serbia.

Although Ratko Mladić was the commander of the armed forces of the Serbs in Bosnia and Herzegovina during the war, working side by side with the political leader of the Bosnian Serbs Radovan Karadžić – who was arrested in July 2008 and is currently on trial in The Hague –, the most immediate and visible effects of the arrest will most probably not take place in Bosnia, but rather in Serbia. Serbia had been under intense international pressure to arrest him and in spite of the fact that, officially, Belgrade always claimed it was doing everything in its power  to capture him, only few believed these efforts to be sincere. 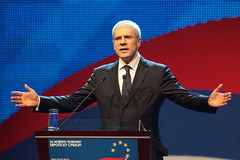 Boris Tadić is the head of the pro-european Democratic Party

It was only in May 2008, after President Boris Tadić’s Democratic Party took control of the government and the country’s intelligence services, that serious efforts to catch him begun. Tadić advocates for a full integration of Serbia to the EU – he won the 2008 election leading the coalition called For a European Serbia – and is seen as a trustworthy pro-western politician who maintains close ties with Serbia’s traditional ally, Russia.

Karadžić and Mladić’s freedom was the biggest political obstacle on Serbia’s route to the EU and many member states were willing to block its accession until these two fugitives would be handed over to the ICTY – particularly The Netherlands, eager to clean its reputation after the incapacity of the Dutch peacemakers to prevent the massacre of Srebrenica in 1995.

The fact that Karadžić and Mladić not only found their way to Hague, but were also caught and handed over by the Serbian government, eliminates the biggest obstacle to award Serbia the status of candidate for the membership of the EU, perhaps already in December this year.

However, there still remains the issue of Kosovo, still claimed by Tadić to be a part of Serbian territory, although nearly three years have passed since the declaration of independence and the subsequent recognition by the majority of EU members and the United States, among others. In this respect, Serbia and Kosovo began EU-sponsored talks in March, but no agreement has been reached so far.

Milošević, Karadžić and Mladić: war crimimanls for some, national heroes for others

Another immediate effect of the arrest of Mladić has been the demonstrations against his extradition to The Hague called by the Serbian Radical Party, SRS, which gathered nearly 30% of the votes in the last national elections in 2008. This fact cannot be ignored since it indicates that many people in Serbia still consider Ratko Mladić and Radovan Karadžić as national heroes, betrayed by the Serbian government in exchange for the accession to the EU. No good news for Serbia considering that some crucial decisions will have to be made in the near future with great difficulties to gather a national consensus in this respect. At his point we could also mention that the head of the opposition party, the SRS, Vojislav Šešelj, is himself on trial in The Hague for war crimes committed during the conflict in Bosnia.

When discussing the possible effects in Bosnia and Herzegovina we should first recall the political organization cemented by the Dayton Agreement in 1995, which has become questioned as the years have passed without any sustainable long-term political solution. The Agreement created a dysfunctional state with perpetuated ethnical division between the Bosniaks, Croats and the Serbs, and multiplied the administration to the point in which a country with less than 4 million population has 14 regional governments with their respective parliamentary assemblies.

On top of this, however, and nearly 16 years later, the country still functions with the High Representative for Bosnia and Herzegovina supervising the implementation of the Dayton Agreement, and there are no indications that Bosnia could take over its own government any time soon in spite of the continuous efforts made by the EU and the United States.

Could the arrest of Ratko Mladić have any significant effect on the future of Bosnia and Herzegovina? Most likely its effect will not be as significant as in the case of Serbia since the obstacles to an eventual EU membership are more structural and closely tied to the political paralysis of the country. It could have an important symbolic value, but perhaps just for a part of the population. Bosnia and Herzegovina will be no less divided: the surviving victims will be satisfied to see the person responsible for the Srebrenica massacre brought to justice, whereas a large part of the population of Republika Srpska still considers Ratko Mladić as a hero and not a war criminal.

Much reassuring are the official statements of the political leaders: Republika Srpska’s President, Miroslav Dodik officially said “that the arrest of Mladić will not affect the peace and stability in the entity”, and the other two members of Bosnian presidency – Croat Komšić and Bosniak Izetbegović – see positive signs in the Mladić’s arrest for the whole region.

To sum up, Mladić’s apprehension could bring positive effects to the region, on the other hand, however, it is no secret that the Serbs are not comfortable in the current constitutional organization of Bosnia. Much more than just a trial in The Hague will be needed to heal old wounds and find more durable and sustainable solutions for Bosnia and Herzegovina. 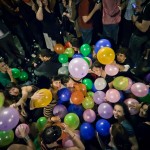 Wake up Spain! The Spanish Revolution is here Previous
The state of the world's forests 2011: green, I want... Next 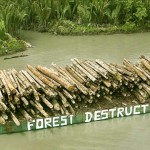