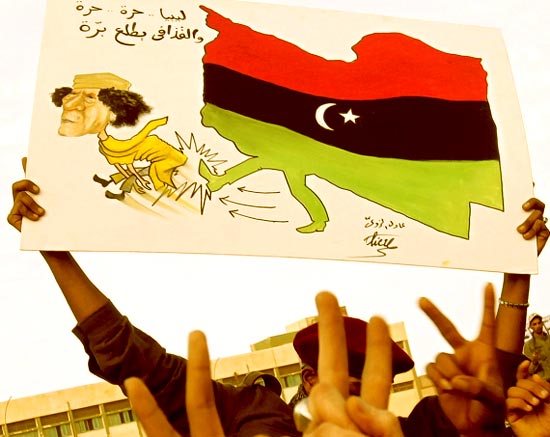 Once the people of Libya have dealt with Gaddafi and declared the country liberated there are new challenges ahead of them. Big and important challenges, perhaps even more difficult compared to the overthrowing of one of the longest ruling Arab dictator. Gaddafi sat firmly at the head of the regime for more than four decades leaving little or no space to opposition; nevertheless, with the start of the civil war many organizations and individuals emerged that will play a key role in the post-Gaddafi Libya. But some analysts remain concerned that the rivalry within the National Transitional Council (NTC) and between regional centers of power could lead to new violent clashes. Let’s see which are some of the most important actors: 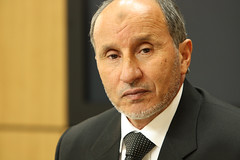 Leader of NYC, established on February 27 in Benghazi, actually served as the justice minister in the Gaddafi government and was sent to Benghazi when the protests began. In light of the excessive use of violence used by government forces he soon changed sides and became the chairman of NTC. Highly respected among western human rights groups for his efforts to reform Libya’s criminal code; he previously worked as a judge for two decades and was not afraid to rule against the government. Gaddafi’s son Saif al-Islam brought him into the government in 2007 as an attempt to present himself as pro-reform. His vision of future Libya? “We are a Muslim nation, with a moderate Islam, and we will maintain that”. 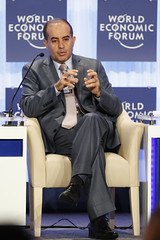 Head of NTC Executive Board, a U.S.-educated economist who helped persuade NATO members to launch their Libya campaign last March, and one of the most prominent voices of NTC in the international scene. Before the uprising started he was involved (together with other intellectuals) in a project called “Libyan Vision” which sought democratic reforms. Described as a very capable technocrat, which led day-to-day business of running NTC. Just one day before the death of Gaddafi he, however, announced he was planning to resign, citing internal power struggles for his decision: “We have moved into a political struggle with no boundaries,” he said. “The political struggle requires finances, organization, arms and ideologies. I am afraid I don’t have any of this.”

Finance minister of TNC; fled Libya in the 1970s to build a university career in economics. He returned to Benghazi as soon as the revolt started urging the Gaddafi troops not to use violence. Very efficient at fund raising – according to this article one of his first decisions as the rebel leader was to rob Benghazi’s central bank to obtain $320 million. He has been a key figure in negotiations involving Libya’s oil reserves and, although politically inexperienced, has become increasingly popular among the population for his economic competence.

Tripoli military commander; once led the Libyan Islamic Fighting Group, a militant group with links to al Qaeda. The assault on Tripoli which stormed away Colonel Gaddafi propelled this former Islamist fighter to international prominence. In close relations with influential Islamist cleric Ali Sallabi who only a month ago denounced Mahmoud Jibril as “extreme secularist” after Jibril criticized Libya’s Muslim Brotherhood for political maneuvering.  However, and despite his past, Abdel Hakim Belhaj claims that the past will not get in the way of the new Libyan administration’s attempts to build relations with the rest of the world.

Although Misrata is only 200 km from Tripoli it remains more than 600 km from Benghazi, the centre of the anti-Gaddafi resistance. It was one of the cities that suffered most the brutalities of Gaddafi’s forces and it’s defenders many times felt abandoned by NTC. Even after they managed to defeat Gaddafi they still feel their struggle is not being given the importance it deserves and this report quotes a fighter from the city: “They don’t want to say anything about Misrata,” he said in an interview at a seafront military base in the city. “I don’t know what they want — for Misrata’s revolution to disappear, that’s what they want.” It’s also worth mentioning that there is no one from Misrata on NTC board.

However small in terms of population (6.6 million), Libya is quite the opposite in terms of tribal diversity. The Berbers, a non-Arab minority who was suppressed under the Gaddafi rule joined the revolt, but they are, similarly as Misrata, far away from Benghazi and they also fell that their struggle has been forgotten. Many of the other groups who fought in the frontline were often organized on the basis of tribal or regional affinities, which leads many analysts to be pessimistic for a successful and stable transition of Libya. Prof. Michael Greig, an expert in international conflict management at the University of North Texas in Denton, says that “[o]ne of the key factors for survival of a new democracy is the social cohesion of the society”. “The more diverse the society, the less stable these new regimes tend to be,” he adds, noting that Libya is a hard-to-unify tribal culture with ethnic diversity. But on the positive side is the fact that Libya’s political transition was accomplished by indigenous forces and was not imposed from the outside.

Natural resources, as the most important (and the easiest) source of income for the new government, will play a very important role. Although western forces played the key role in the liberation of Libya, according to Jason Pack (president of Libya-Analysis.com) and Sami Zaptia (CEO of KnowLibya) they should keep away from demanding preferential business contracts. “Surely no amount of oil, construction, infrastructure, or defense contracts can be better than a strong, moderate, and stable Libya that learns to select its business partners based on their merits rather than their nationality,” they argue:

“We believe the alliance powers should not ask the NTC to prostitute Libya’s vast treasure. Doing so would only cheapen the tremendous value of what the NATO alliance has done for Libya. The only true way the Libyans can repay the rest of the world for liberating them from Gaddafi is not through kickbacks, but by making the tough choices required to lay the foundation of a democratic, meritocratic, and economically open future.” 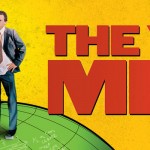 Yes Men: the new generation of cultural and media activism Previous
The role of NGOs in relief missions Next 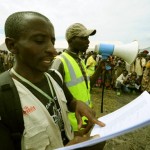