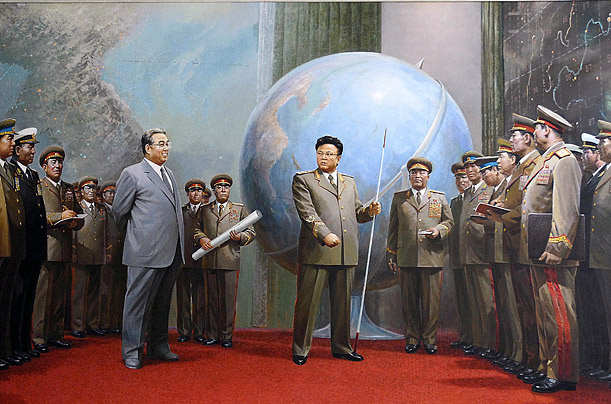 On a cold Saturday morning, while traveling on his personal train through an undisclosed region of North Korea, long-time dictator Kim Jong-il suffered a fatal heart attack, leaving the 24 million inhabitants of the impoverished nuclear power on the verge of an unprecedented second hereditary power transfer.

Since the news of this death were revealed by North Korean official media more than 48 hours later – the failure of South Korean, Japanese and U.S. secret services to pick up any clues of the events proving the sheer stealth and secrecy of the hermit kingdom, – news outlets around the world have been speculating about the future of the country, the prospects for successful succession and the risks of collapse and its probably fateful consequences.

Where is the Democratic People’s Republic of Korea (DPRK) actually coming from? What does the death of the Dear Leader mean? What can we expect from them in the near future? We will try to briefly answer these questions to the best of our knowledge, based on information from different sources and logical assumptions, trying to overcome what Stanford University fellow and North Korea expert Robert Carlin calls the feeling of being “deaf, dumb, blind and with our arms tied behind our backs” regarding the actual policy moves of the North Korean government.

Let us start with a key date: April 15, 1912. That’s the day in which the Eternal President of the DPRK, revolutionary leader Kim Il-sung, was born. This is also the day that

Next year marks the 100th anniversary of the Great Leader’s birth – and thus, according to official propaganda, also of modern North Korea’s, – and the current leadership started an aggressive campaign to portray 2012 as the year in which North Korea would become a “prosperous and modern” nation.

This campaign of national renewal received extra significance after August 2008, when Kim Jong-il reportedly suffered a serious stroke. This almost deadly event, in combination with his already extensive list of health ailments, converted succession into an urgent matter. Reportedly, Kim chose his eventual successor within months: Kim Jong-un, his third son, approximately 26 at the time (intelligence sources give his date of birth as 8 January 1984), emerged from the dark to become the official candidate to succeed his ailing father, as reported by South Korean media already in January 2009. His eldest half-brother, Kim Jong-nam, now 40, had been the early favorite to the throne – and is surprisingly still being hailed by some South Korean experts as a feasible alternative in case the Kim Jong-un option does not pan out, – but fell out of favor after being caught attempting to enter Japan on a fake passport in 2001. Since then, he mostly lives in Macau, where he owns a casino – allegedly used to launder money coming from North Korean arms trade – and has even been recently quoted as suggesting that North Korea needed to move past a dynastic system of government.

The second step towards arranging succession, mostly overlooked by Western media, was the revamping of the Constitution, approved in April 2009. As detailed by top scholar Stephan Haggard, the new constitution has changed the power and structure of the National Defense Commission and revamped the Central Committee of the Party. The Supreme People’s Assembly, although still considered a rubber-stamp body, has now new, younger appointees, all of which are loyal and owe their posts to the current leadership. (Also of note, the new Constitution dropped the term ‘Communism,’ which conveys the eventual creation of a classless society, for the more nuanced ‘Socialism,’ that better reflects the current corrupt, black market-based North Korean economy.)

In other words, the new Constitutional text created a whole structure that could either support Kim Jong-un or provide the basis for collective leadership in case he was unable to have a wide enough power base for political or other reasons – including the sudden, unexpected death of his father. This complex institutional structure, while in theory reinforcing Kim Jong-il’s role and power, should also be seen as a move back to a more classical communist structure, including a Central Committee that held its first plenary meeting in almost 20 years in September 2010 and a Supreme People’s Assembly, also reactivated after 30 years and whose chairman Kim Yong-nam has been mentioned by approved foreign spokesman of the regime Alejandro Cao de Benós as the “new leader” of North Korea (more on that later.) With this reinforced institutional structure, Kim Jong-il was hedging against failure by his son to establish his power in order to avoid eventual regime collapse while, at the same time, reinvigorating old structures with new, loyal appointees that should normally support the new power transition.

Also during 2009 and 2010, new generals were appointed, among them Kim Kyong-hui, Kim Jong il’s sister, and Kim Jong-un, both given the rank of 4-star generals on September 27, 2010, the day before a Workers’ Party of Korea conference in Pyongyang. On 28 September 2010, Kim Jong-un was named vice chairman of the Central Military Commission and appointed to the Central Committee of the Workers’ Party. His birthday has also become a national holiday, celebrated on January 1. Songs of praise for Kim Jong-un are sung on special occasions, and he has been given the public title of “Brilliant Comrade.”

On October 10, 2010, Kim Jong-un attended, alongside his father, the Workers’ Party’s 65th anniversary celebration, a move that fully confirmed his position. In January 2011, according to the South Korean right-wing newspaper Chosun Ilbo, the regime began purging around 200 protégés of both Jong-un’s uncle Chang Sung-taek and O Kuk-ryol, the vice chairman of the National Defence Commission, to further prevent either man from rivaling the projected heir. Further steps were expected during the 2012 celebrations of Kim Il-sung’s birth; however, Kim Jong-il’s death means change will have to come sooner than expected.

The international situation the Dear Leader leaves behind

In his work Authoritarism in an Age of Democratization, scholarJason Brownlee asserts that only 9 out of the 258 dictators that have ruled a country for at least 3 years after the World War II actually managed to successfully arrange a hereditary power transfer, Kim Il-sung being one of them. However, there are no known precedents in modern politics of a second hereditary succession, and the sudden death of the former dictator could dangerously hasten and imperil the process.

Diplomatic sources confirm that the stability-craving Chinese leadership expected Kim Jong-il to live for 2 or 3 more years, meaning he would have had extra time to groom his appointed successor – duly approved by China – and solidify his path to the throne. China, the DPRK’s leading trade partner and aid donor, and almost only friend in the international arena, has rushed to praise the deceased leader, show its continued support for the North Korean regime – directly through the words of President Hu Jintao – and assert that China would welcome a visit from the new North Korean leader at a convenient time to both sides, thus underlining Beijing’s keenness for a smooth succession.

Kim Jong-il had been unusually active during what turned out to be his last months in power, visiting China several times pledging for food and fuel aid while also studying economic reforms in Northern and Eastern China as a possible model for progressive economic transformation at home. In fact, China had become Kim Jong-il’s last valid trade partner and ally: the DPRK was more isolated than ever before after fellow rogue dictator Muammar Gaddafi’s death and Hosni Mubarak’s demise in Egypt – Egyptian companies are suspiciously behind North Korea’s mobile phone network and construction of the giant Ryugyong Hotel. Lee Myung-bak, President of South Korea since 2008, left behind his predecessors’ conciliatory Sunshine Policy, and the Obama administration’s apertures towards the regime were put on hold after Pyongyang tested his second nuclear device in May 2009.

However, the current diplomatic status quo caused uneasiness among the North Korean elites, as it supposed a dangerous departure from the confrontational, multiparty negotiation style that has been a staple of North Korean diplomacy since the Kim Il-sung era. They have been extremely skillful at dealing separately with confronted powers – such as Mao’s China and the Soviet Union since the 1960s – and obtaining concessions from all involved parties. The last example thereof had been the six-party talks, a result of the DPRK withdrawing from the Nuclear Non-Proliferation Treaty in 2003 and involving all relevant regional powers, seen as North Korea as a way to extract aid and other benefits from the economically powerful nations that surround it and as a possible successor to bilateral or coordinated negotiations with the U.S., South Korea, Japan and China that probably allowed the regime to (barely) survive after the end of the Soviet Union and its subsidized trade. Therefore, overreliance on a single diplomatic ally – a fact exacerbated by the increasingly dominating economic and military position of China in Asia – is a risk the DPRK is not really keen on taking.

In line with that goal, Pyongyang recently agreed with U.S. negotiators to stop its uranium enrichment program in exchange for 240,000 tons of high-protein biscuits and vitamins – 20,000 tons a month for a year, – but not rice, a prime food commodity that could easily be funneled from the needy to the military and eventually be resold in black markets.

This tactical move, confirmed by sources close to the North Korean leadership, makes sense on a quadruple ground for the DPRK. First, it helps alleviate malnourishment and food shortage problems that could obviously cause dissatisfaction among the population – already hit by an estimated 140% inflation rate since the failed currency reform of December 2009 – and eventually complicate the power transfer. Second, it helps the North Korean regime to bolster its food stocks towards 2012, the year earmarked for the nation to become “modern and prosperous”. Thirdly, it helps attain these two key goals for internal stability without giving much in return: stopping the uranium enrichment program does not mean dismantling the surprisingly modern facilities where the fuel was being processed. Moreover, as Alejandro Cao de Benós, the only official regime spokesman of non-Korean origin, has argued, North Korea does not really need to expand its nuclear arsenal beyond the 6-12 bombs it might already possess: in other words, Pyongyang sees its nuclear capabilities as a merely dissuasive diplomatic tool and is by no means interested in a crazy nuclear arms race. Finally, the fourth goal that this deal with the U.S. accomplishes is partially overcoming overreliance on China, thus opening a way for further partners with whom to negotiate with a well-known trading chip of key strategic value in the current geopolitical context: help us and we will not (completely) fall into China’s lap.

This is the first of a series of two articles about Kim Jong-il’s death. On next post: ‘Just a young successor or a ruling clique?‘ 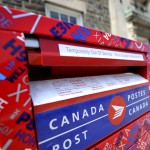 Santa Claus has his own postal code in Canada Previous
The North Korean enigma (II): Just a young successor... Next 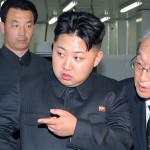