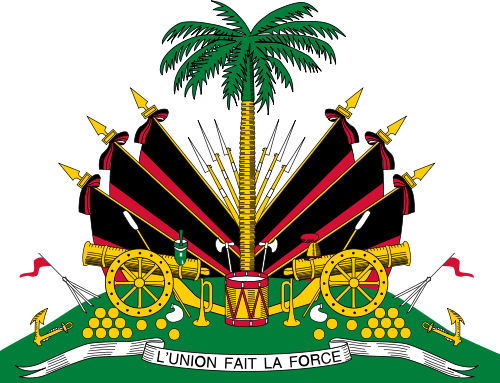 The Republic of Haiti (Haiti) is a country located in the Antilles, in the Caribbean Sea, that includes the western third of the island of Hispaniola, where Christopher Columbus first arrived. This island is currently divided into two countries: the Dominican Republic in the east and the Republic of Haiti in the west.  Haitian population is mainly composed by afro-descendants, and its size, currently surpassing 9 million, according to 2011 estimates, turns Haiti into one of the most populous states  of the Caribbean Community.  The country is also the world’s first black-led republic and the first independent Caribbean state since its independence in 1804. Last February 12th, it applied for the status of associate member of the African Union, petition which was accepted and would be ratified in the African Union General Assembly next year.

The African Union is an international organization, based in Addis Ababa, Ethiopia, composed by 54 African states (all except Morocco). It was established in 2002 with the  goal of ensuring peace and prosperity for the African continent. The African Union came to replace its predecessor, Organization of African Unity, whose aim was to promote unity and solidarity of African states, and pretends to be more economic in its nature. In order to do so, this increasingly active organization intends to create a Common African Market that would ensure social and economic development while enhancing governance and human rights in the African countries. It also aims to contain a central bank, a court of justice and a peacekeeping force for the union, the African Standby Force. In 2004 the Pan-African Parliament was inaugurated.

When History wins the battle against Geography

Even if the Caribbean is quite far from Africa, Haiti has preserved much of the indigenous culture brought by the slaves, such as the music (the kompa, Haitian dance music, performed on African drums) and  traditional cuisine which includes African plants such as pigeon peas and taro root.

Since the nineteenth century, Haiti has been a supporter of the African countries, advocating for its independence from the metropolis in the twentieth century and supporting the efforts of African-driven development in various international fores, for instance concerning debt cancellation.

This continuous interaction allowed Haiti having an observer status to the African organizations, the Organisation of African Unity and its forementioned successor, the African Union. In this sense, these last years Haiti has focused its diplomatic efforts on the African continent; especially after the 2010 earthquake, which awakened African people’s solidarity towards the island. Countries like Senegal had already offered special status for Haiti nationals in the past, were they to decide to settle down there. So, the request placed by Haitian representatives at the last summit of the African Union, pleading for membership was a result of a long and steady relationship. Accepted by the new African Union president, President Yayi Boni of Benin,  this decision would be officially ratified during the next AU summit in June 2013.

Beyond the picture… what is in for Haiti?

The Constitutive Act of the African Union guarantees sovereign equality and interdependence among its Member States. Even under the condition of associate membership, those prescriptions may apply to Haiti, meaning that the country would be recognized as an “African State”, which would fully enjoy the right awarded by the Act.  (Once recognized as an African State, will Haiti change its seat at the United Nations and move closer to the African countries? That is still to see.)

The Act also provides for common initiatives such as people’s participation, common defense (Haiti currently has no regular military forces, but a UN-trained police force of about 10,000), and help requests. However, these advantages are accompanied by the right of the African Union, as an organization, to intervene in Haiti in case of “grave circumstances” (i.e. war crimes). By signing the Act, the country also commits to the promotion of gender equality, democracy and human rights and social justice. In the event of an unconstitutional change of government, the country may loss its membership.

Moreover, the membership will offer economic advantages for Haiti, which is among the poorest countries in the world; in fact, it is the poorest country in the Western Hemisphere, according to the World Bank. Participation and assessment by the Specialized Technical Committees will support Haiti in its efforts in fields such as agriculture, trade, industry and others. The country will also gain access to financing facilities through the African Central Bank, the African Monetary Fund and the African Investment Bank.

Are we witnessing a case of successful South-South Cooperation? Only time will tell. 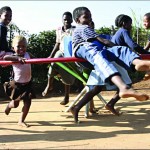 The Story of PlayPumps: Merry-go-rounds, Water, and Failures... Previous
The Spirit Divide: Past and Present of Communism in the... Next 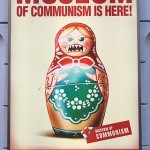