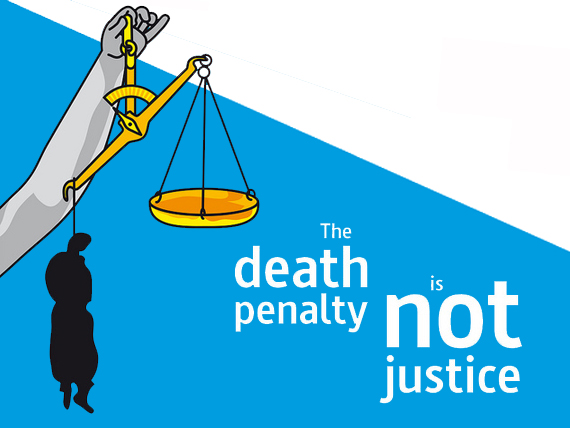 What do we know about Belarus? Belarus, a former Soviet republic and bridge between Europe and Asia, is a country that we know very little about. Probably many will remember that it was one of the most affected countries when the 1986 Chernobyl accident occurred in neighboring Ukraine. At that time, about 70% of radiation entered Belarusian territory, seriously affecting the health of its citizens. It is also likely to be known that Belarus has been living under the rule of the fierce authoritarian regime of Alexander Lukashenko for 18 years.

However, it is likely that few people knew until recently that capital punishment still exists in Belarus. This is now in the public domain, especially after the media gave wide coverage of the brutal execution of Dmitry Konovalov and Vladislav Kovalev, two young men held responsible for the terrorist attack in the Minsk metro on 11 April 2011, which caused 15 dead and nearly 200 wounded.

After the Supreme Court in Minsk pronounced its sentence in November 2011, the families of the defendants and various human rights organizations appealed to reopen the case, claiming that investigations were carried out too quickly, and that Kovalev’s confession was extorted through torture. Some of the survivors of the Metro bombing even detected several inconsistencies and procedural irregularities in the investigation. Kovalev’s mother brought the case to the Human Rights Committee (HRC) UN – a body of independent experts that monitors implementation of the International Covenant on Civil and Political Rights by its State parties – which officially asked to temporarily suspend Belarus judgment in order to review the case.

Belarus, which signed and ratified the First Optional Protocol to the International Covenant on Civil and Political Rights, decided to ignore the Committee’s request, and the two men accused of the bombing were executed on 17 March. By overlooking the Committee’s request, which is legally binding, Belarus committed a breach of international law. Nonetheless, that seems to be not so important for the government of Minsk, which in two previous cases (in 2010 and 2011) executed two men whose cases were also pending before the Committee.

In Belarus, all information on death penalty is kept secret. There are no official figures available on the number of executions, but Amnesty International estimates that up to 400 people may have been executed since the country gained its independence in 1991. 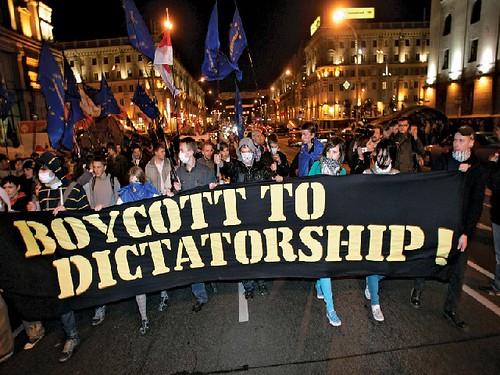 Belarus holds two sad records: on the one hand, it is the only European country where there is still an authoritarian regime in place, that defies the most elementary rules of democracy; it is, in fact, the “last dictatorship in Europe“[1]. On the other hand, it is the only European country where the death penalty is still in use in times of war and peace. In fact, Europe officially abolished the capital punishment in 1989 through the Second Optional Protocol to the International Covenant on Civil and Political Rights, which Belarus did not sign. While this protocol converted Europe into a “death penalty free space”, unofficial statistics of human rights organizations estimate that since the country’s independence in 1991 some 400 persons have been shot in the neck by the Belarusian authorities. The complete secrecy surrounding the date of execution and the place of burial, together with the refusal to hand over the body for burial, make this practice particularly brutal and have the effect of intimidating or further punishing families by intentionally leaving them in a state of uncertainty and anxiety.

The creation in 2010 of a parliamentary committee to discuss a moratorium on the death penalty made the international community think that relatively soon Belarus would change its policy on capital punishment. These hopes soon vanished after Lukashenko’s re-election in late 2010. The dictator cut short the debate before it produced any results, using radical measures such as the harassment and persecution of activists participating in the campaign against capital punishment and in other battles in defense of human rights, as the United Nations Committee against Torture reports.

Alexander Lukashenko, an agricultural official of humble origins, has been serving as President of the Republic of Belarus since 1994, thanks to a controversial referendum in 2004 that abolished the constitutional two terms limit. Analysts point out that the broad support that Lukashenko enjoys in his country is determined by a system of fierce political repression, as well as by the fear of political and economic instability of the Belarusian population.

What do the Belarusians want and what can the EU do for them?

The European Union, together with the Council of Europe and the United Nations, has spent years trying to persuade Lukashenko to issue a moratorium on death penalty. So far, the efforts of international institutions have not given any results; however, it seems evident that the abolition of the death penalty is not something that can be imposed from outside.

For his part, Lukashenko said in a 2007 interview that the Belarusian people are overwhelmingly in favor of capital punishment. He based this affirmation on a 1996 referendum, when the 80.44% of participants voted in favour of keeping this punishment. However, Radio Free Europe mentions other independent surveys that provide less clear-cut results and show very different conclusions. A study in 2010 by Sociologists Center in Minsk, for example, notes that only 48% of respondents said they support capital punishment. Another investigation by the Belarusian organization Novak stresses that 39% of respondents wanted to abolish the death penalty. It is also worth noticing that the campaign against Konovalov and Kovalev’s execution gathered some 50,000 signatures, a quite impressive figure considering that the population of Belarus barely reaches 10 million and that it lives under a repressive political climate. Various factors thus indicate that citizens may be in favor of repealing the death penalty.

The EU has the capacity to influence the government of Minsk through its European Neighbourhood Policy (ENP). The ENP has at its disposal new political initiatives such as the European dialogue on modernization with Belarusian society , but it also has economic sanctions and incentives – something that given the country’s poverty situation, can be much more effective than any political appeal. In fact, experts indicate that the release of Andrei Sannikov, and Dmitry Bondarenkolos, two political opponents of Lukashenko who had been jailed since late 2010, is the first result of the recent reorientation of the ENP towards tougher and more pragmatic actions. However, the EU should make a further effort to ensure that its economic incentives finally reach Belarusian civil society. Otherwise, this civil society will hardly have the ability to demand its government a real change regarding death penalty. 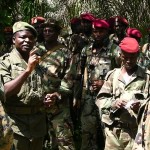 New Millennium Coups in West Africa Previous
Warming up for Bonn and Rio+20: Climate negotiations... Next 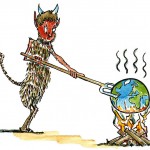