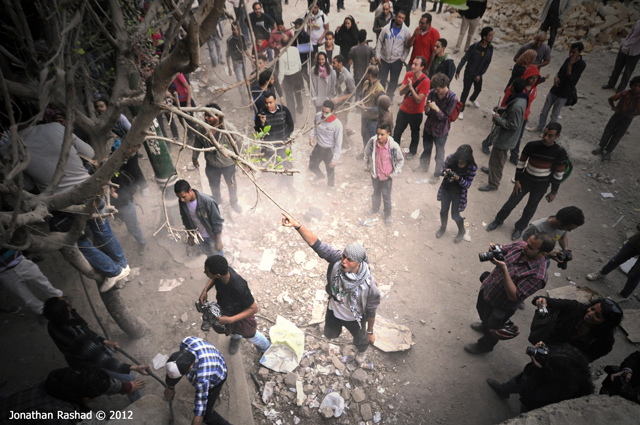 Three years ago, the world was shaken up by a chain of events and revolutions termed the ‘Arab Spring‘. The protests and rebellion were driven by the countries’ youths, a sector of the population which had up to then not been able to raise their voices. What has happened to these youngsters? Are they engaged in the political transitions of their countries, or do they remain marginalized and frustrated, forming further incubators of protest?

The Arab Spring was described as a youth rebellion: a social uprising led by youths that brought down the regimes in Tunisia, Egypt, and Libya. Driven by the frustration of their poor socioeconomic situation and a political system which they no longer trusted, the “unengaged young people”, as they were repeatedly called, eventually took to the streets and started a revolution. Young activists began setting the framework for political transitions, not only in the countries where regimes were toppled, but also in countries like Morocco or Jordan, where young protesters have forced their monarchs to listen to their demands.

Young Arabs became active on the political scene. The post-revolutionary freedoms opened new spaces for political participation, and the youths developed new forms of engaging in their country’s future, including virtual spaces and social media. In the aftermath of the Arab Spring, however, younger generations lack representation in the political spaces. “This revolution (that) was made by youth… has produced an assembly with very old people”, affirmed a young Tunisian activist, Sélim Kharrat, to Tunisia Live.

Young Tunisians complain about the occupation of political parties by older generations. They are accused of political withdrawal, but no young Tunisians have been entrusted with positions in the higher ranks of the political parties. Disillusioned with the political transition, youths have been re-taking the streets every time they see their rights curtailed and their revolution kidnapped. However, they lack a coherent message and a degree of organization with respect to elections, which is the objective of any democratic society. A survey published in July 2011, conducted by the International Foundation of Electoral Services, revealed that only 38% of Tunisians aged between 18 to 24 correctly stated the objective of the first democratic elections in decades: to elect an assembly to write the new constitution.

The Arab youths have shown they can be a vibrant source of change, but their lack of strategy has relegated them to the realm of civic engagement. Disappointed by political life, Tunisian youths have turned to other forms of collective action. The emergence of civil society organisations (CSOs) and non-governmental organizations (NGOs) in Tunisia over the past two years has been impressive.

On the Egyptian side, civic engagement was already very vibrant before the revolution.  Nevertheless, the Egyptian youth movements that shook the dictatorial regime until the fall of Mubarak developed into ephemeral networks rather than solid organizations. As in the case of Tunisia, the new Egyptian leadership lacks representation of these revolutionary youths. The new youth formations have experienced difficulties in adapting to the domestic context, which is in a constant state of flux. 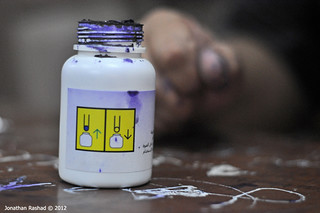 Still, active youngsters have occupied virtual spaces and changed the patterns of communication and dialogue. Their activist networks have given them the role of “watchdogs”, and they have returned to the streets when the principles of the revolution were not upheld. Nonetheless, Egyptians should not confuse this form of activism with the principles of a real democracy. People should use their voices to articulate a political alternative in line with their demands. Organized political parties are the channel to raise these voices, which need to be elected democratically to rise to power. Egyptians should understand that taking to the streets is not the usual channel to raise their concerns about the political future of their country; this is not yet the case: only 46% of all the registered voters went to the polls in the 2012 presidential elections.

Young activists may be dissatisfied because they have not yet achieved their initial larger goals, but they have brought about a change in the relations of the people with their regime. The  amendments to the Moroccan constitution – voted by referendum in July 2011, after the protests articulated by the 20 February Movement – did not significantly curtail the monarch’s powers. Still, political reforms are currently ongoing in the country, and most importantly, young Moroccans managed to send a message to the King: another spark could set the protests off again, seeing as the same conditions persist.

Young Arabs demonstrated powerfully enough to break the barriers of the “republics of fear”, which inhabited Arab minds for a very long time, according to Iraqi academic Kanan Makiya. One of the rights the youth have claimed and appropriated is freedom of speech and protest. Now, it is time for them to take all the rights they are entitled to, and to lead the true political transition.

The amber trail: Mining in Chiapas Previous
TTIP, the US-EU trade deal: A slippery slope for EU sovereignty? Next 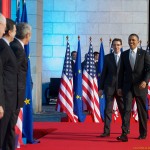 Seville, Spain. Research Assistant at CIDOB on Mediterranean and Middle East, and European issues. M.A. in International Relations at IBEI, final dissertation: "New Turkish Foreign Policy towards the Middle East: Neither so New, Nor so Turkish". B.A. in Translation and Interpretation at the University Pablo de Olavide, Seville. 1 year at the University La Sorbonne-Paris IV and internship at the Instituto Cervantes of Paris.