It´s almost impossible to deny that technology is increasingly present in our lives. For this reason, and as will be seen below, it is not crazy to think that this can be turned against us through disinformation campaigns, deep fakes or computer attacks between States.

The concept of Hybrid Threat must be understood —which both state and non-state actors can use— as a strategy that employs conventional warfare techniques and, additionally, is supported on unconventional warfare and cyber war tactics. Nevertheless, the objective of this battle is not causing direct damage to the people. Like terrorism, the main target is to destabilize and generate a climate of terror. For this very reason, they seek to go unnoticed. One of the scenarios that best respects this privacy and makes location more difficult is cyberspace, so that, it is one of those chosen to carry out this type of attack —Russia stricked Estonia in 2007, collapsing both web pages and banks, as well as the government agencies of the Baltic country itself.

According to the European Union, and continuing with the aforementioned, it is convenient to talk about Hybrid Threat when there is no armed confrontation per se. Therefore, the contestants seek to coordinate in order to attack the systemic vulnerabilities of the Democratic States through various means (political, economic, civil…) thus influencing decision making at the local, regional and institutional levels to achieve their objectives (as we can see in the image below).

Hybrid Threats help us to identify the continuum that the international scene is experiencing regarding the arms race and the conflict between state and non-state actors. Its disruptive potential —as well as its accessibility— makes them increasingly used as a way to use force, generate interdependence and employ technology, because the diffusion of power that makes, allows other actors to participate in the game board and have more motivations to change the statu quo. Besides, if the interdependence between actors increases, vulnerabilities will too.

Ultimately, but perhaps more important, thanks to the accessibility that was previously named, technological development can cause new actors to be much more effective, which could increase its soft power and its ability to threaten other States.

Also, globalization has allowed a synergistic integration of new technologies, causing these, to develop even faster, as a result of this, the war has moved away from the purely military by transforming its most basic elements. For this very reason we need to describe Non-Kinetic Warfare, which will generally form more than 70% of Hybrid War, Waqar Kauravi has definite it as an “Orchestrated and strategic build-up of colossus of informational, psychological, diplomatic, economic, social, cyber and legal tools of hegemony and simultaneous/synchronized application of this colossus with intensity, targeting the existing or perceived fault lines in the targeted state or people with the objective of developing paralysis and internal implosion of the inner front to dismantle existing structures of governance and organized defence, and, creating permanent fissures to usher in strategic chaos and enhance the strategic agenda of the offensive and hegemonic power, with a view to facilitate the use of Kinetic Warfare if desired”. Russian intervention in Ukraine distinguished itself by an exceptionally wide employment of these means.

The Ukrainians suffered diplomatic, energy-related and economic pressure, unprecedent informational impact, cyberattacks, and actions by special operations forces, as we can see, the cyber environment is one of the most useful scenarios of the Hybrid Warfare, but it’s not the only. The result was the annexation of Crimea. Another example, in the aftermath of the elections which won Trump, the focus of countering hybrid threats was on strategic communication, disinformation and hampering the election process.

Moreover, according to European Union, the Hybrid activities are becoming a frequent feature of the International environment, the intensity of these activities is increasing with growing concerns over elections being interfered with, disinformation campaigns, malicious cyber activities and perpetrators of hybrid acts trying to radicalise vulnerable members of society as their proxy actors.

The sharing of intelligence analysis and assessment work is a key tool; thus, they have been focused on analysing the tools and levers in disinformation or propaganda. One of the actions these actors have taken has been the creation of an EU Hybrid Fusion Cell which receives and analyses classified and open source information from different stakeholders concerning hybrid threats, besides this, another key point of this strategy is to fight misinformation (fake news or disinformation campaigns) and create a Centre of Excellence for countering hybrid threats.

Apart from this, EU and NATO want to create resilience in places like transport, communications, finance or regional security infrastructures, in order to resist propaganda and information campaigns, attempts to undermine business, societies and economic flows as well as attacks on information technology and cyber-related infrastructure. It Considers strengthening resilience as a preventive and deterrent action to solidify societies and avoid escalation of crises both within and outside the EU.

The defence of the space is one of the most important points. Within the context of the Space Strategy and European Defence Action Plan, the Commission will propose to increase the resilience of space infrastructure against hybrid threats through a possible extension of the Space Surveillance and Tracking scope to cover those menaces.

Continuing with this, the recent global cyberattacks using ransomware —The May 2017 WannaCry ransomware incident presented the first opportunity for the Network to engage in operational information exchange and cooperation by means of dissemination of advice — and other malwares to disable thousands of computer systems have again highlightened the urgent need to step up cyber resilience and security actions within the EU. The objective will be to provide a more effective cross-sector response to these threats, increasing trust in the digital society and economy.

Also, a new sanctions regime was established in 17 May 2017 to improve the cyber diplomacy of the EU Member States, creating a framework to respond to malicious behaviour in cyber space, this tool, has been put in use on several occasions. In addition to, The Commission have adopted some measures to boost cybersecurity especially in the energy sector.

Separate mention deserves 5G technology, which enables hackers to target more devices and launch bigger cyber-attacks due to his faster speed in comparation to 4G. Some experts say that the weak link in 5G´s security is likely to be communication between devices connected to the internet. These machines, known as the Internet of Things (IoT) —where we can find from cars and factory assembly lines to baby monitors— are growing fast (14.2 to 25 billion by 2021). 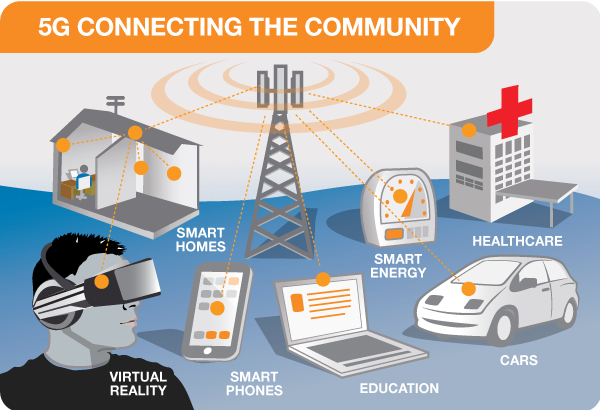 The Commission wants to implement the Action Plan on Terrorist Financing to contribute to countering hybrid threats. The perpetrators and their supporters need funds to execute their criminal plans. The Anti-Money Laundering Directive wants to fight these, creating measures to track terrorist financing in the EU and combatting fraud and counterfeiting of non-cash means of payments.

Another measure is to increase resilience of nuclear infrastructures. The EU have made progress in developing key projects to diversify its routes and sources of energy supplies. One example of this, on the Southern Gas Corridor, concrete construction works are ongoing on all major pipeline projects: expansion of the South Caucasus pipeline, Trans-Anatolian and Trans-Adriatic pipelines… This will put the EU in a better scenario to prepare for manage gas sabotages, in case of crisis or a hybrid attack.

The EU, in cooperation with his Member States want to engage private actors in the supply chain to work together towards addressing evolving threats from chemicals that can be used as precursors of a chemical or radiological attack. In October 2018, the Council established an autonomous sanctions regime against the use of chemical weapons. Besides, the Member States decided in April 2019 to support core activities of the Organisation for the Prohibition of Chemical Weapons, providing 11.6 million euros —between 2019-2022.

To improve the Critical Infrastructures —Sectors whose assets, systems and networks, whether physical or virtual, are considered vital for a Country, in this case for the United States some of examples could be the financial sector, emergency, energy, etcetera— are a must for The Commission, thus, in cooperation with the States in the EU, has finalised the work on developing vulnerability indicators for the resilience and protection of critical infrastructure against hybrid threats.

So, we can say that the main areas that both actors want to enhance are the strategic communications to avoid the disinformation; cybersecurity and cybernetic defence; chemical, biological, radiological and nuclear risks and to protect the critical infrastructures.

with his Action Plan on Military Mobility which rest on several pillar, namely: military requirements, with the identification and agreement of this requiring, which reflects the needs of the EU and its Member States, a pilot exercise to identify weak points in the Members transport network for military purposes, a new regulatory law to enhance the security in the transport of dangerous goods, the alignment of rules applicable to military forces with existing EU legislation could increase safety and provide synergies and coherence for the transport of this products without weakening civilian standards.

This is a non profit explanation. 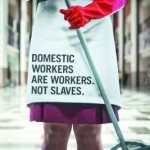