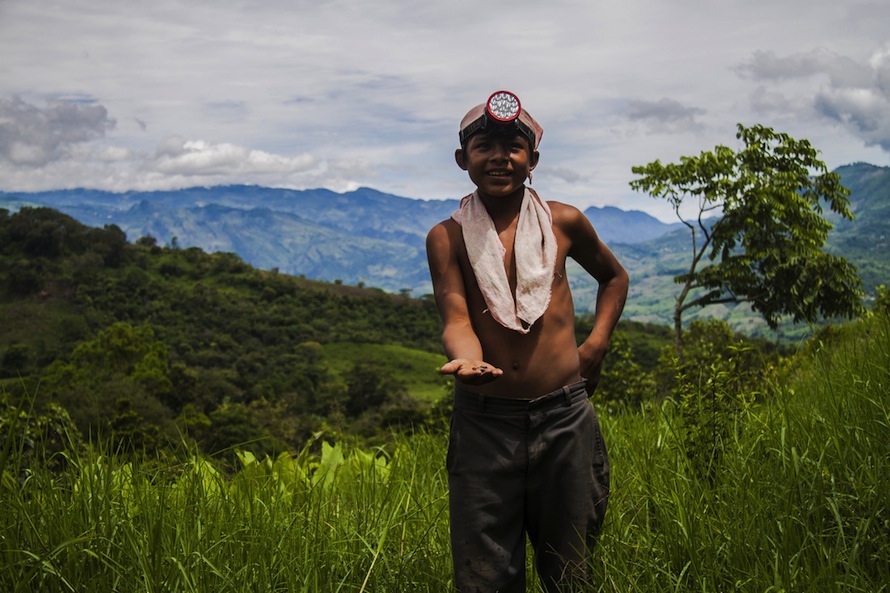 Amber is one of the main sources of income in the small city of San Cristobal de las Casas in the southern state of Chiapas in Mexico. It is also one of the lesser known precious stones. Through this photo documentary, I aim to highlight that no matter what type of precious stone, exploitation and injustice always follow. Just by walking through the city, it is clear how many people rely on amber to make a living.

I made several trips to the mines of Simojovel, in the mountains, where the indigenous Tzotzil community live. They claimed they were being mistreated by the Ladinos (the Latino community) and being paid unfairly. We also discovered that in recent years, there had been a great influx of Chinese businesses coming to the town to buy amber.

More than fifty percent of the land in Mexico, including these mines, is communally owned. This ownership structure, initiated after the Mexican revolution and completed around 1920, is highly positive, especially when compared to the situation in countries such as Guatemala. As I have depicted below, it is becoming increasingly difficult to make a sustainable living from the amber trade, a fossilized resin which takes millions of years to develop.

The path of amber begins more than 20 million years ago, when the resin of trees of the genus Hymenea (now extinct, but closely related to today’s Guapinol or Huapinol) fossilized. The final product of this fossilization, amber, is – alongside coffee – one of the most important sources of income in the Simojovel township, in the northern region of Chiapas.

Marcelino Moreno, an 18-year-old who has been working in his father’s mine for a number of years – or cave, as it is locally called. He collects about half a kilo of stained amber per week, which is sold in the community or in the park Simojovel for about 2 or 3 pesos per gram.

Julio Perez Moreno (Marcelino’s brother) is 14 and has also been working in the mines for a number of years. In his hand, he holds a minuscule amount of the precious yellow amber which for two years has experienced a hereto unseen rise in prices. Buyers are now paying the mines from 50 to more than 100 pesos per gram.

Manuel Diaz Gutierrez tries to reopen a collapsed mine, which he will later will rent from his father. A father of four himself, he states that it will take at least six months of daily work to re-open. After working for three years as a longshoreman for Wal-Mart in the resort of Playa del Carmen, he concluded that his salary never would never allow him to amass any savings, leading to his choice to return.

Amber is mostly mined and sold raw, though some people in the community do work with it. Maria Antonieta Sanchez Lopez is an a different kind of artisan: she uses a kitchen knife and angle grinder to shape the soft amber. Her children also work in the mine. Her son Alexander, aged 19, left school to work in the mine. Looking back, he regrets this decision.

The tools Maria works with are a simple set of scales and polishing disk. Her father taught her how to transform the amber, just as she has been dong for nearly 20 years. Her trade has allowed her to support her family; however she complains about the prices: “The coyote pays little and does not suffer, it is the miner who bears the entire burden.”

A piece of raw amber, washed and ready to be sold by miners to artisans and buyers in Simojovel. The amber will thereafter continue to change hands, until reaching the final buyer in a city in Mexico or abroad.

Not many artisans are in metal working in Simojovel, as most are devoted to the amber trade. José de Jesus, born in the capital of Chiapas, works both silver and gold. His strengths are class rings, which are a precious gift in indigenous communities in the area, though he also occasionally works amber and createds metal parts for mounting amber.

Leiber Diaz began working at 16 years of age in order to pay for his high school studies. He belongs to the governing board of Amber, one of the associations with the highest number of members. At a certain point, conflicts and divisions were rife among craft associations, but they are now more cohesive thanks to the common enemy: the rise in prices caused by foreign buyers.

For almost 500 years, San Cristobal de las Casas has been the point where indigenous communities in the region gather and sell their products. Currently, it is also a major tourist center. The craft market Santo Domingo, one of tourists’ favorite spots, is where many artisans around the world sell their products. This is where Juana Gomez, originally from San Cristobal, puts the finishing touches to a piece in her booth.

Manuel Lopez is another artisan who works in the market of Santo Domingo. He is an indigenous Tzotzil, from the municipality of San Juan Chamula, and says his main customers are Mexicans as tourists are “very suspicious” and prefer to shop in established stores. As a father of six children, he also markets leather goods in order to support his family.

Siggi (a German craftsman) found a lifestyle in Latin America which was better suited to his line of thinking. He makes crafts as a way of life and learned the trade from a German friend in Guatemala. Today he is moving along the Central American tourist route in search of customers. He has purchased amber directly in mines, but says you can get better prices in the market of Santo Domingo.

A carved piece of amber halfway through the process before being sold.

A worker in the Amber gallery polishes a piece to make sure it looks attractive to tourists who come visit the shop.

Aquino Abimael, aged 16, is an amber peddler. He has been doing this since he was nine. Aquino, a member of the indigenous Tzotzil Soyalo community, travels to San Cristóbal daily to sell his family’s necklaces. He makes ​​the two hour trip twice daily, but public transport is not always available. Some days, making the journey is difficult.

A necklace from a boutique in the area of San Angel in Mexico City, worth 11,000 pesos. A miner would have to work nearly six months in the mine to purchase this piece.

Amber has been arriving since pre-Hispanic times. For the Aztecs, the heart of the world was the valley of Mexico. Their route shows traces of domination and exploitation, perhaps similar to the conditions once present in the Aztec empire in the south. In this photo, Silvia Solis, an indigenous Nahuatl woman, makes and sells amber necklaces in the Zocalo of Mexico City, just steps away from the ruins of the great temple of Tenochtitlan.

¿Do you want to collaborate with United Explanations | PHOTO?
Submit your pictures
Post Views: 16,930 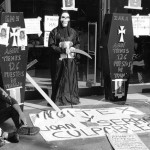 The social (ir)responsibility of Inditex Previous
The Arab youth after the revolution: Civically engaged,... Next 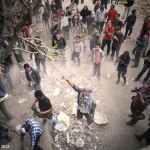