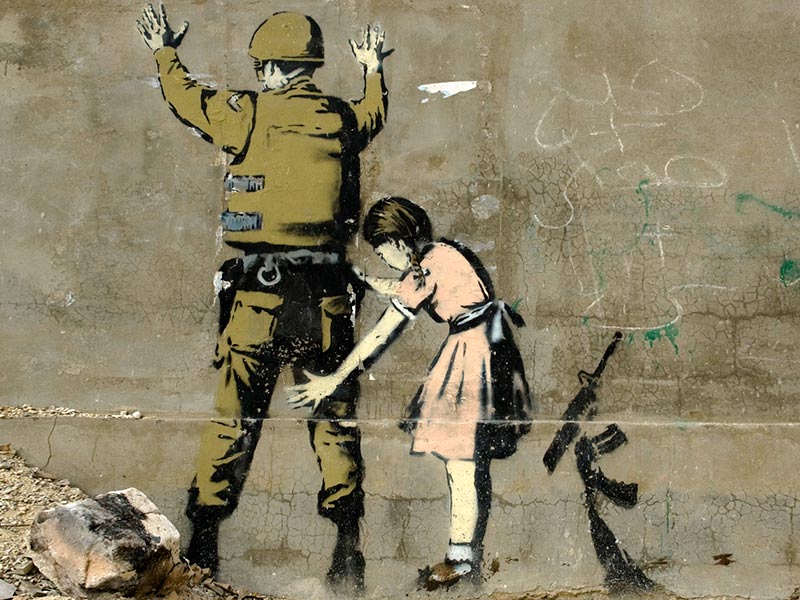 When the flames of war die down, one often wonders “what needs to be done first: building houses or building peace?” It is a difficult question. But it is important to remember that the houses were there when it all began, but they were destroyed nevertheless.

“We need peace to keep a home. Peace is not merely a distant goal that we seek, but a means by which we arrive at that goal.” – Dr. Martin Luther King, Jr

For a long time, the idea of building peace was used with a narrow meaning of mere political reconciliation. The simple act of politicians shaking hands would arguably suffice to imply that there is an acceptable level of reconciliation which makes things work for all. But decades of recovery with only minimal development advances have revealed quite the opposite. Peace is much more than a ceasefire and skin-deep reconciliation efforts. Peace conditions development, just as development conditions peace. Only when no one is left homeless and suffering from hunger, injustice or discrimination, will our society be able to live in peace. No doubt, we all have a long way to go.

The depth of interrelation between peacebuilding and development is a question which is still open to debate. The official development documents, literature and related guidebooks for practice on the ground have only recently started addressing these concerns.

Both peacebuilding and development have many definitions and stand as some of the most complex concepts in use, entailing a multitude of human interests and behavior, as well as differing dynamics involved in these processes. For a long time, peacebuilding and development in post-conflict interventions were viewed exclusively from the perspectives of reconciliation and basic human safety on the one hand, and economic growth on the other. This limited vision and the misunderstanding of the real essence of the terms resulted in separation of work and the still-existing gap between the two concepts. In post-conflict interventions, priority was given to economic development, while peacebuilding was regarded as a minor intervention led by idealists and pioneers rather than organizations of power. While important interlinkages were noted on repeated occasions, they kept being overlooked in practice.

Years later, things are changing. Development and peacebuilding practices, objectives and processes have expanded to embrace one another. Today, both concepts refer to the process of socioeconomic change and sustainability that leads towards greater quality of life, in developing and developed countries. The new vision of the definition of peacebuilding includes international, national and local efforts to prevent conflict, and/or lead the recovery of a country or region after experiencing violent conflict. Distinct from humanitarian and disaster relief, which are short term interventions, peacebuilding is a seen a mid- to long-term, all-encompassing process that cuts through community structures vertically and horizontally. It includes human safety as its precondition, and setting basic socioeconomic structures of cooperation capable of prompting sustainable development for years to come.

On the other hand, development processes have acquired a sustainability highlight. They currently aim to ensure a balanced quality of life, going beyond immediate economic returns. The idea of ‘developing’ matured to encompass social and environmental aspects, while emphasizing good governance as the basis for structured, inclusive and sustainable growth.

As both processes evolve, their interconnectedness and interdependence become more apparent. This is particularly easy to perceive in all fragile and conflict-affected countries which have entered the vicious cycle of conflict and poverty. The countries circling the bottom of development lists are, for the most part, countries suffering from one or another form of conflict to a varying degree – from structural violence to a full-blown war. Conflict, in these countries, is translated to all segments of community life, including employment, income, education, health, human safety and rights, etc. Absence of peace slows development, and often, it corrodes the development structures already in place. And one fact is crystal clear: there is no development in war, only destruction. But peace is more than a ceasefire: serious, long-term commitments are needed to ensure communities continue to develop.

A Lesson from Bosnia and Herzegovina

Seventeen years after the war, Bosnia and Herzegovina is still developing relatively slowly, if not actually receding in many relevant aspects. When compared to other countries in the Balkans which also experienced wars in the 1990s, one can easily see the correlation between the intensity or length of a conflict and development prospects. Shorter conflict means less damage and better ground for development. In turn, stronger development perspectives produce fewer incentives for conflict.

The areas worst hit by the rage of war, where living conditions are abominable and where extreme violations of basic human rights (mass violations, genocide) took place, have seemingly stagnated in development. In Srebrenica, in particular, life seems simply to have stopped. Not only do the ruins of houses which were once homes tell this story – the community itself has not recovered, and is still living in deep, traumatic divisions between the groups once conflicted. Challenges to peacebuilding in this area are numerous. Any peacebuilding activity, even a common get-together between members of different groups, can be a major political issue. Development initiatives have experienced failure because of unresponsiveness of local groups, provoking further issues of conflict.

Entire villages or communities of people from different or even the same national/ethnic background have broken off communication after perceiving (wrongfully or not) that development aid was given to some, but not others. Any investment or reconstruction effort – whether a factory, school, hospital, road, or a food plantation – has the potential to instead turn into a breaking-point, seen or manipulated to support divisions and gaps, increasing existing conflicts or initiating new ones. Peacebuilding efforts and work on reconciliation in these cases are inevitably affected by these development interventions – supported, slowed down or even ruined by them. Equally, failures and setbacks in reconciliation efforts reflect – positively or not – on the projected success of development projects carried out. Any organized effort will surely notice this, and as such will be forced to recognize the interconnectedness between the two processes of peacebuilding and development.

The coordination of peacebuilding and development activities, as well as the joint assessment of their impacts, is even more important in the early stages of post-conflict recovery or in any preventive efforts. Making a commitment to harmonizing process management between the two is the only way to ensure community cooperation and enduring perspectives for peace and development.

Specific development interventions in fragile environments and their potential to support or preserve peacebuilding efforts, to increase or even provoke the conflict, have only been recognized over the course of the last few years. The need to mesh conflict sensitivity, synchronization of development and peacebuilding interventions was quite recently formally addressed by the United Nations and European Union, the World Bank and other development leading organizations. A significant number of documents were adapted, creating the structure (commissions, bodies and programs) needed to link development initiatives and their implementation to essential issues of peacebuilding. These efforts will hopefully result in a comprehensive approach to development, providing better answers to complex needs of fragile environments where poverty and conflict must be addressed simultaneously. The idea has yet to find its way in practice, but comes as a necessity in times where conflicts are arising and remaining a serious obstacle to global development. Peace is the best preventive measure for conflicts, as it paves the way for dialogue, cooperation and compromise, ultimately making it the best framework for development. In recovering environments, questioning the priority of building houses or peace resembles the causality dilemma of the chicken or the egg: how can one exist without another, and which could possibly come first? There is no development without peace, and there is no peace without all-inclusive growth and raising quality of living – for all.

“Peace is the essential prerequisite because without peace we will be unable to achieve the levels of cooperation, inclusiveness and social equity necessary to solve our global challenges, let alone empower the international institutions needed to regulate the challenges.” Steve Killelea, Founder of the Global Peace Index in The Study of Industries that Prosper in Peace – the “Peace Industry” (2008). 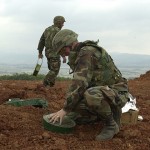 Antipersonnel landmines and their impact on development Previous
From ‘God Save the Queen’ to elephant hunting: Does... Next 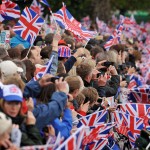