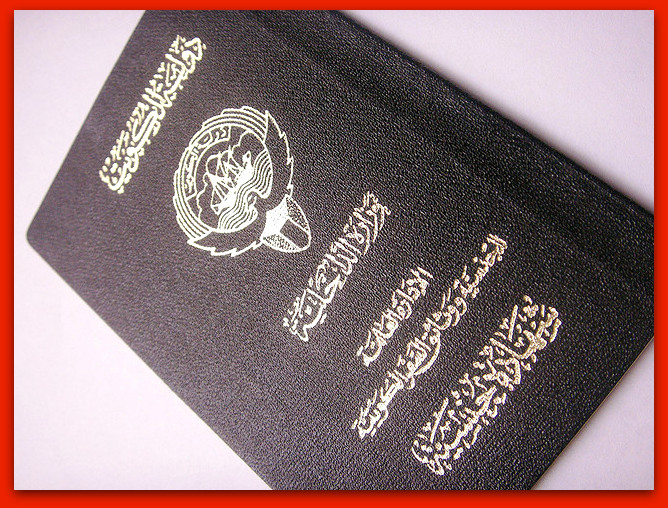 Whether it is lack of remorse or just pure carelessness on the part of one of world’s richest states is a discussion that we will leave aside, but the fact that Kuwait is “home” to 93000 to 180000 stateless people is a reality. It is also a reality that has long transcended Kuwait’s borders and become one of the most pressing international humanitarian issues in modern political history. In spite of all this, last year marked an important anniversary for Kuwait – that of 50 years of independence. And while 2011 was a year of celebration for all Kuwaiti citizens, the stateless of Kuwait continued to live on the margins of poverty and repression, commemorating instead 50 years of statelessness. But who are these citizens with no citizenship, and why is their status still unresolved in the 21st century?

They are called the Bidoon or bidūn jinsiyya, which, translated from Arabic, describes precisely what they are: without nationality or stateless. The Bidoon are not nationals of Kuwait or any other state, despite the fact that they have been present in Kuwaiti territory since the very formation of this small but rich state, which is arguably capable of providing for the overall well-being of all its citizens. Nevertheless, the reality is very different for the Bidoon, who, despite the fact that they represent some 10% of the entire population, continue to live in suburban slums, without access to basic healthcare, education or citizenship.

The History behind Bidoon Statelessness: The Issue of Nation and Nationality

Kuwait is a small nation-state in the Middle East, the foundations of which were laid in 1756, when Sabah I bin Jaber was elected the first Emir (or Amir) of Kuwait. In the mid-18th century Kuwait was a self-sustaining nation, which developed an independent trade community. However, the period was also marked by a flourishing and rapidly expanding Ottoman Empire, leading Kuwait to tighten bonds with the Ottoman realm soon after the election of its first leader.

In 1899, Kuwait entered into an agreement with the United Kingdom, which was of mutual benefit for both states: in return for protection from Germany’s growing influence in the Gulf (channeled through Germany’s bonds with the Ottoman Empire) and an annual subsidy, Kuwait essentially gave up sovereignty of its foreign policy to Britain. After the signing of the Anglo-Ottoman Convention in 1913, the Emir of Kuwait, Mubarak-Al-Sabah, was recognized as the ruler of the capital city of Kuwait and the surrounding territory. However, just a year later, at the outbreak of WWI, the Convention was declared void, and Kuwait was officially proclaimed an independent principality under the protection of the British Empire.

The next forty years were marked by border settlements with neighboring states, notably Saudi Arabia, but British protection over the small territory persisted. It was only in 1961 that Kuwait became an independent state, following a diplomatic exchange of notes between the United Kingdom and then-Emir Abdullah III Al-Salim Al-Sabah. The year 1962 saw the birth of Kuwait’s first constitution. This was also the year in which the Bidoon became “officially stateless”. 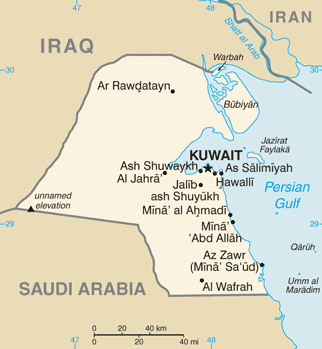 The main problem behind the current issue of Bidoon citizenship lies precisely in Kuwait’s constitution, which states that “Kuwaiti nationality is defined by law”. However, the law of Kuwaiti nationality was formulated in 1959, long before its 1961 independence, when today’s Kuwait was still under the British rule. The so called “Nationality Act of 1959” is reflected in Kuwait’s present-day law on citizenship, differentiating between the “original Kuwaitis” and “naturalized citizens”. The former claim residential ties to Kuwait prior to 1920, a significant year in Kuwaiti history, when the famous Battle of Jahra against Saudi expansion was fought between Kuwait and Saudi Arabia. The “original Kuwaitis” enjoy full rights, while the second category or “naturalized citizens” are entitled to voting rights only after 30 years of residence in Kuwait.

The rest are bidūn jinsiyya, the Bidoon, the stateless. They make up 10% of the entire Kuwaiti population of 3 to 3.5 million. As was obvious from the beginning of this article, these numbers vary greatly, chiefly because the state of Kuwait has not shown much willingness to record the official number of its stateless “citizens”. On the other hand, at the time of Kuwaiti independence, many Bidoon failed to acquire their nationality for one of two main reasons: they were either unable to show residential ties prior to 1920 or simply failed to register. The latter included mainly the Bedouin (not to be confused with the Bidoon – the terms have very different meanings), or the nomadic tribes that travel across large desert territories in most of the Middle East and North Africa, as well as workers who were unable to travel to bigger cities and register as citizens of Kuwait. Nationality was a marginal issue for many of these people, as long as they continued to live their everyday lives.

The 1980s: The Bidoon Become Illegal

The dreadful position the Bidoon of Kuwait find themselves in today is a relatively new issue, dating back to the final decades of the 20th century. After two major amendments of the 1959 Nationality Act, first in 1960 and then in 1985, the situation worsened for the Bidoon. During a period of internal instability and terrorist attacks, citizenship rights and registration became difficult to acquire with the government’s application, for the first time in Kuwaiti history, of the Alien Residence Act. This state act referred to the Bidoon as “illegal residents” and automatically confiscated most of the rights they had enjoyed prior to 1986. The main aim of this act was to try and eliminate the Bidoon from Kuwait, a trend that became characteristic of Kuwait’s elitist politics, notably in the latter half of the 20th century.

When Iraq invaded Kuwait in August of 1990, the situation of Kuwaiti Bidoon was already alarming. However, in the fall of 1990, the Iraqi occupation forces issued an order for the Bidoon to join its Popular Army, a pro-Iraqi militia group, and the situation got out of hand. Not only were the Bidoon facing imprisonment and torture in case they chose not to join, but death sentence became a major scare tactic. As a result, some Bidoon joined the Iraqi forces, but most joined the Kuwaiti military – one of the few places where the Bidoon were still welcome. However, after the end of Iraqi occupation, the Bidoon became persona non grata. They were now viewed as the ultimate Iraqi conspirators, and the few that remained in Kuwaiti public sector were left jobless. Others, who had left the country during tumultuous times, found that they were not allowed to return to Kuwait.

Today, some 25 years later, Bidoon still do not have access to state level jobs, public education and healthcare. The issue is even more absurd when one learns that present-day state law goes as far as denying Bidoon the right to get a driver’s license, a passport, and a marriage or birth certificate. In fact, many Bidoon have never been out of the country. Many are denied their religious rights as well, as they cannot travel to Mecca to complete the pilgrimage simply because they do not have a passport, and are unable (or unwilling) to pay a bribe. In fact, oftenBidoon are allowed to leave only if they promise never to come back. What is more, a Kuwaiti Appeals Court in 1988 ruled that the Bidoon cannot be considered under the Alien Residence Act, because they are not nationals of any other state.

Is there Hope for the Bidoon?

At the dawn of the 21st century, new hope for the stateless of Kuwait was on the horizon. In 2000, the National Assembly introduced yet another amendment to the Nationality Act, Article 22, which granted greater naturalization rights to the Bidoon. However, this Article was so ambiguous in its formulation and utterly rigid in its conditions that only a few managed to naturalize.

Moreover, the start of the new century brought only shame to the government of Kuwait, since it has constantly attempted to make its internal problem the issue of other states (notably neighboring ones). On the other hand, the government highly values Kuwaiti citizenship, which would be justified, were it not for the purposes of its elitist politics. Several leading politicians, including state ministers and members of the social elite, continue to argue that as many as 90% of the entire Bidoon population in Kuwait are, in fact, nationals of other countries (Iraq, Saudi Arabia or Syria). The main argument behind this unsupported claim is that the Bidoon are simply hiding their foreign citizenship. Thus, the issue of the Bidoon transcends Kuwait’s borders, and puts Kuwait in a position in which it fails to respect the principles of international law.

Despite several government attempts to resolve the situation of the Bidoon, not in terms of their nationality, but in terms on their basic human rights, not much has changed. Inspired by freedom movements of the Arab Spring, first in North Africa, and then in the Middle East, the stateless of Kuwait organized their first anti-government protest in February of 2011. The government quickly promised a reform, but after no changes were introduced, the Bidoon demonstrated again in March. This time, the protests were bloody – demonstrators were beaten and scared off with tear gas. Others were arrested. Some of them are still missing, and their families are unsure of their whereabouts. However, several Western media reports have stated that the protests were peaceful, that the Bidoon only demanded a citizenship of the country they love and respect, of the country they all call home.

In 2012, new protests were organized, notably in Jahra and Sulaibiya, where most of Kuwait’s Bidoon today live. The government persists with new warning statements and more excessive use of force, promising punishments and jail sentences to all protesters. Meanwhile, the issue of Bidoon nationality is one of the main agenda points in Kuwait’s Parliament. Just last month, the government recognized the need to grant the Bidoon more basic human rights and provide for humane living conditions. All the while, Kuwaiti political leaders hold fast to their belief that the Bidoon are indeed holders of foreign passports, choosing simply to hide them.

And so, the saga of the stateless in Kuwait continues. 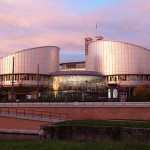 The European Court of Human Rights: an institution for... Previous
Syria: A new destination for only al-Qaida’s Foreign... Next 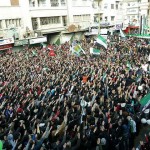