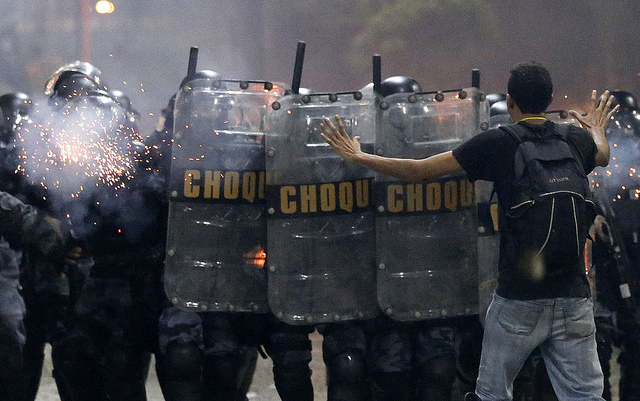 On June 3rd, a 20 cent (in Brazilian real) increase in bus fares caused indignation in São Paulo and ended up triggering the confrontations that have taken place in the city during the past few weeks. The demonstrations subsequently spread gradually through the entire city. The 1.12 euro bus fare finances a service which is far from efficient – in a country where the minimum wage comes to 237 euro. In Rio, where service is even worse, similar albeit less violent protests occurred. Protests have already cropped up in seven cities across the country.

However, was this bus fare increase the main motive for the outrage? No. 300 demonstrators gathered in front of the Mané Garrincha stadium in Brasilia to demand that the same amount of money invested in the 2014 World Cup be spent on public housing. During the demonstrations in São Paulo, which started three weeks ago, protesters also decried the financial system and the alarming insecurity. The state of São Paulo has a crime rate of 11.5 murders per 100,000 residents (the rate in Madrid, in contrast, is 0.84), which – despite being comparatively low among Brazil’s states – breeds constant insecurity among the population. According to an poll by Datafolha, published shortly after the start of the protests, the majority of the population supports the protesters, even though they do condemn the acts of vandalism. The protesters aim at widening the scope of democracy and demand a better quality of life while reducing the country’s level of corruption. Some media outlets call this a new wave of indignados, even though it is still early days to compare this to the Arab Spring.

However, it was on Thursday June 13th, during a demonstration that was much more peaceful, according to hundreds of witnesses and videos, that the police brutally cracked down on the protesters. Rubber bullets and tear gas were fired, spreading panic and resulting in 235 arrests and more than 100 injured. On Twitter, Facebook and the blogosphere, the words ambush and sadism even cropped up. The police however claim that the demonstrators were carrying Molotov cocktails, knives and drugs.

The following photographs of the Brazilian protests were originally published on Flickr. 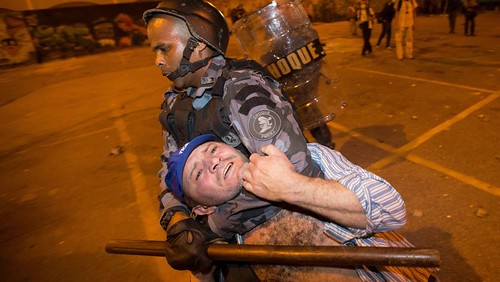 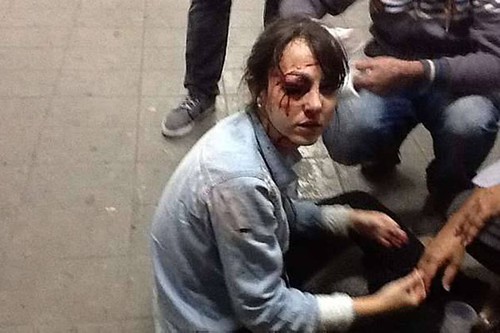 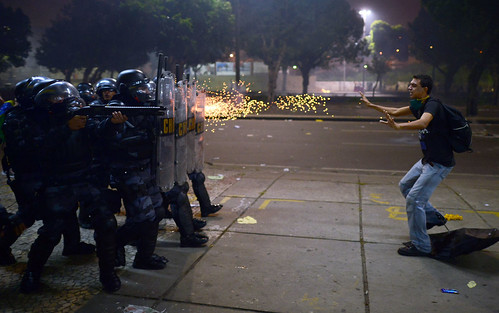 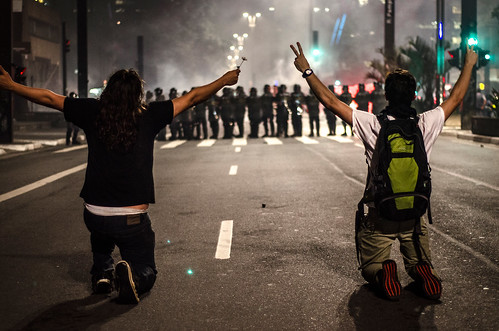 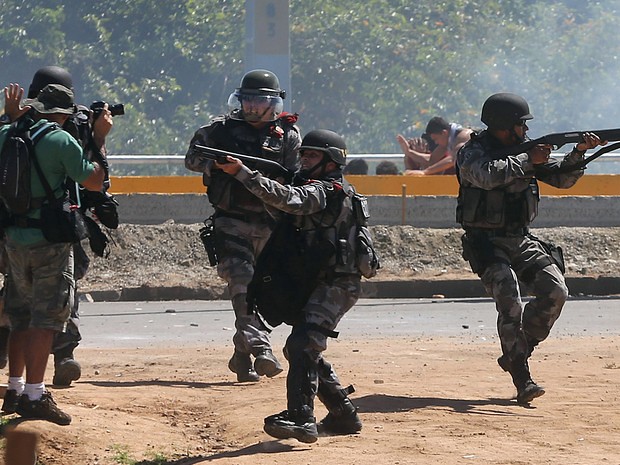 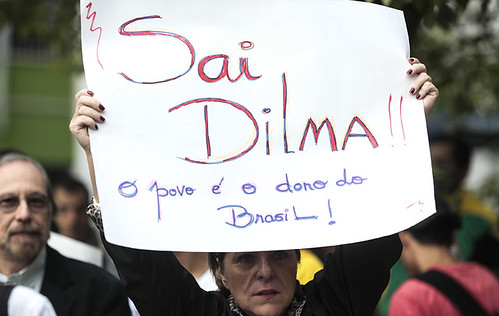 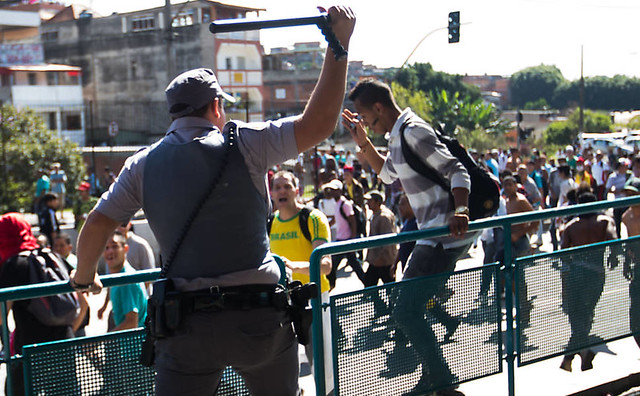 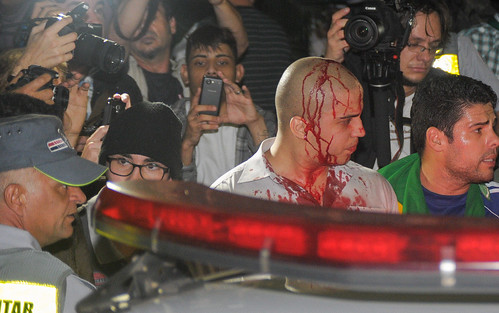 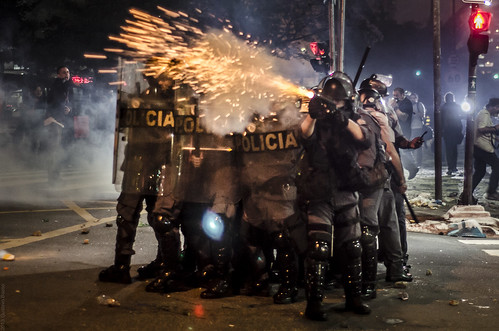 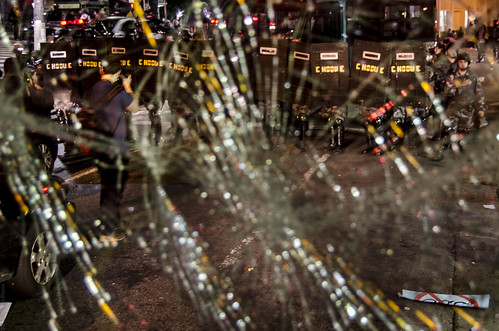 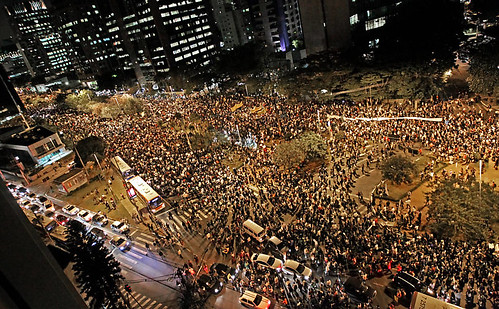 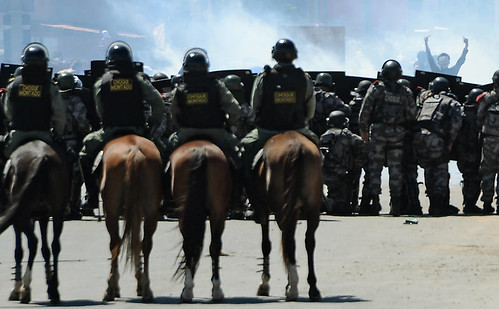 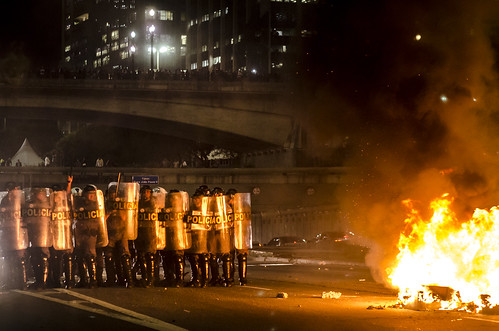 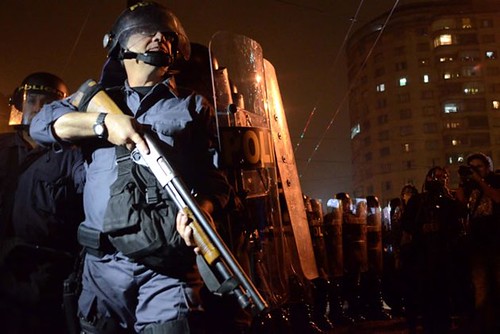 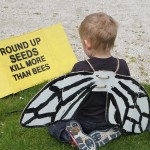 Controlling our seeds, our lives and environment? Monsanto’s... Previous
Euroscepticism on the rise in two European giants Next 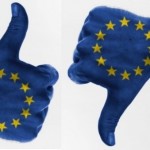