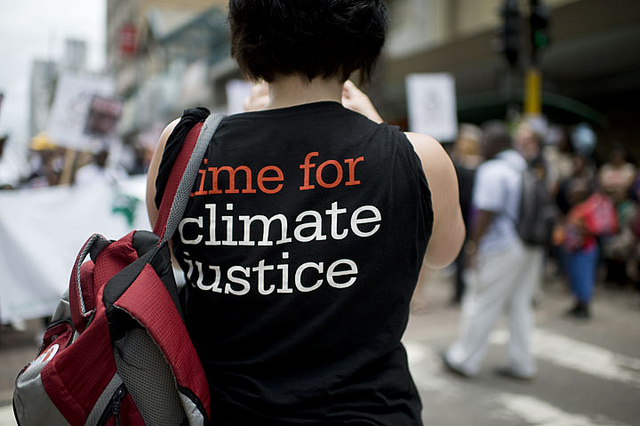 2011 has been labeled the hottest year on record by Belgium’s Royal Meteorological Institute. Yes, another record broken (though this time, not one related to elections or (non-governments), and another 365 days to tackle climate change gone. United Explanations looks back and asks: what did 2011, especially Durban, bring?

From November 28th to December 11th, negotiators and ministers met in Durban, South Africa, for the 17th UNFCCC conference. After the train wreck that was Copenhagen and the recuperation from the hangover under the Mexican sun in Cancún, expectations were not particularly high for Durban. Nevertheless, the conference produced some outcomes with potential to make a difference in the future.

Planting a seed: the ‘Durban Platform’

Firstly, the ‘Durban Platform for Enhanced Action’ was born. A newly established working group will kick into gear over the next six months, starting a process to gather all the UNFCCC countries under one “protocol, another legal instrument or an agreed outcome with legal force” to combat climate change. Truly revolutionary is the fact that all parties to the UN Climate Change Convention will be grouped together under one umbrella.

This is a break from past configurations, which have always been split between the ‘developed’ and ‘developing’ countries. (Some of the) developed states were bound by the Kyoto Protocol, while negotiations on climate change action in the developing world were held in a completely different forum, without legally binding commitments.

The (undoubtedly tough) negotiations on the text of the Durban Platform must be complete by 2015 at the latest, and the agreement must enter into force from 2020. In the meantime, the only legally binding climate change agreement which ever went operational will continue – the Kyoto Protocol has been extended with a second commitment period.

In pre-Durban analyses, Kyoto’s extension was marked as one of the most contentious and important points. If no steps were taken in Durban, the Protocol would cease to apply, leaving all its mechanisms (such as the Clean Development Mechanism) hanging in mid-air and ending any legally binding emissions reductions commitments. Developing countries, mainly, were pushing for parties to the Protocol to accept another round of commitments. Without this assurance, however small in the scope of things (as the countries signing up only account for 16% of world emissions), it would have been very difficult to get any momentum into negotiations on other topics.

Thanks to, in great part, the European Union, which had laid out far ahead of the conference an offer to commit to a second Kyoto period in return for a globally comprehensive and legally binding agreement, the Protocol has indeed been extended until either 2017 or 2020. Although Japan, Canada and Russia opted out the emissions covered by the agreement are less than a sixth of the world’s total, this is a symbolically important decision.

With developing countries reassured that developed countries were not escaping all responsibility after the first commitment period’s end in 2012, the door was opened towards a pathway to a new agreement, including all parties to the UNFCCC – the Durban Platform. This, in turn, is a reassurance for the USA, which has in recent years maintained that it will not sign up to any agreement that does not cover all large emitters. With the Durban Platform aiming to include all emitters, whether large or small, developed or developing (i.e. also China, the US’ main focus), trails have been opened for the Americans.

Another point which oiled the wheels of the negotiations was the operationalization of the Green Climate Fund (GCF), which was originally set up last year in Cancún. It may not seem terribly exciting that the details of the host country selection process were worked out and that the GCF was allotted legal personality. However, what might grab your attention is that this body stands to raise up to US$100 billion per year from 2020 on. It was a priority for the South African hosts of the conference to get the GCF running, as it will help developing countries (many of which lie in Africa) to adapt to the effects of climate change.

Not all rainbows and sunshine However, negotiators in Durban did not manage to pinpoint where those annual US$100 billion will come from. Nor did they reach a decision on surplus AAUs, the Assigned Amount Units left over from the first Kyoto Protocol commitment period. What is more, the Durban Platform decision contains some vague and potentially dangerous wording: “an agreed outcome with legal force” is a very vague concept for international law. Furthermore, it is still undetermined whether the second Kyoto period will end in 2017 or 2020. Although the scenario of a gap between Kyoto commitment periods has been avoided for 2012, the next one looms: if the Protocol ends in 2017 and the Durban Platform’s agreement starts in 2020, a three year black hole will open.

In addition to all these dangers and potholes, one problem remains high on the horizon: a serious ambition gap. Even if all the promises and commitments that have been made to reduce greenhouse gases are carried out, this effort will not suffice to limit global warming to 1.5 to 2°C, the barrier past which scientists say the effects of climate change will become unmanageable.

Talking until the cows come home

On the whole then, Durban was not unsuccessful politically. The UNFCCC negotiations, which seemed to be heading right off a sheer cliff in Copenhagen, are back on track and indeed made progress. The Green Climate Fund was operationalized, Kyoto got its second commitment period, and a new process was launched towards an agreement with legal force including all the parties to the UNFCCC.

However, in essence, the negotiators have agreed… to negotiate. Drawing up a global climate change agreement will likely be a herculean task. Furthermore, once the text comes into being, there are no guarantees all parties will ratify (thinking back to theUS’ exit from the Kyoto Protocol despite participating in its development).

In the end, it all comes down to the tortoise and the hare: while politics and negotiations crawl along, climate change and its effects bound ahead in giant leaps. The fable may have the tortoise down as the winner, but this seems far less certain in real life. The tortoise would do well to pick up the pace, as this particular hare is unlikely to stop and take a nap. 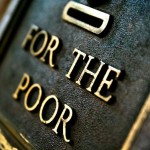 Thailand was the most generous country in the world in... Previous
Minimum wages in Europe (2012) Next 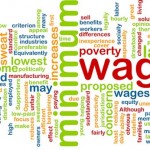