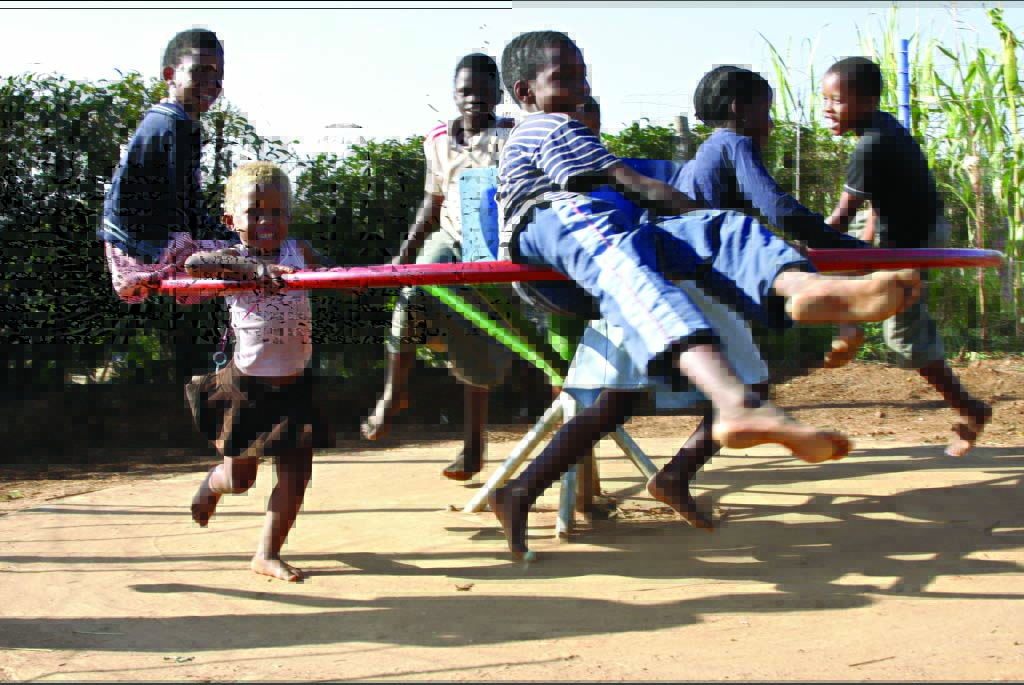 Next to a schoolhouse in a dusty South African village, children squeal happily as they spin around on a playground merry-go-round. Their laughter rings through the air along with another happy sound: that of clear, healthy drinking water cascading from a pump into the village women’s buckets. What’s more, the two sounds are linked: as the children spin the wheel joyfully, the energy of the rotations is captured and used to pump water from a borehole to an elevated storage tank. It is a case of two birds, one stone: with the water continually being pumped up and stored, the village women no longer have to walk far and work hard to get water, and their children are overjoyed with their new toy.

At least, that was the beautiful theory. A theory which captured not only the attention of the World Bank, which awarded the idea the Development Marketplace Award in 2000, but also of then-First Lady Laura Bush and Pepfar, the US President’s Emergency Plan for Aids Relief. In 2006, Pepfar announced the establishment of a public-private partnership with the merry-go-round water pump project called Playpumps International. The partnership worth was estimated at $60 million, with $10 million to come directly from the US government.

With all this support, how could it go wrong? As it turns out, even with the best of intentions, copious background research and fantastically innovative solutions, development aid is never as easy as it might initially seem.

The PlayPumps project seemed very well-researched, self-sustaining and adaptable to local conditions. Three problems were to be solved simultaneously: women having to work hard every day to pump water, girls staying away from school to help their mothers fetch water, and children having no playground. The solution being the installment of PlayPumps in selected villages in South Africa and later on in Swaziland, Zambia, Mozambique and beyond –harnessing children’s energy at play to save women work and allow girls to go to school.

Moreover, this was not simply a case of one-off donations of money and material which would then be abandoned. The PlayPumps were meant to be partially self-sustaining. Their elevated reservoirs were covered with 4 billboards, which could display commercial advertising to help cover the pumps’ maintenance. The plan was to also use these billboards to display public health messages, for example to raise awareness about HIV/AIDS. Besides these technological and financial innovations, PlayPumps International took local employment into account as well: firstly, bulk components like tanks and message boards were produced in South Africa, the country where the project originally started. Secondly, the pumps were installed by local installation teams, who received specific training for the project. A telephone number was displayed on each pump, letting the villagers know who to contact in case maintenance was required. 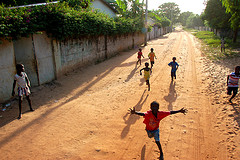 PlayPumps International was nothing if not ambitious, thriving on the support it received from the World Bank and Pepfar. A global campaign was even announced to bring 4000 PlayPump systems to ten sub-Saharan African countries: South Africa, Mozambique, Swaziland, Zambia, Kenya, Lesotho, Malawi, Tanzania, Uganda and Ethiopia. The organization aimed to “provide the benefits of clean drinking water to up to 10 million people by 2010”.

However, despite these lofty goals and the promise in the air, it wasn’t long until criticism started piling in. In 2007, UNICEF wrote a report on the project analyzing its pros and cons. Firstly, there was the question of price. One PlayPump costs approximately $14000 to install, which is enough to cover the costs of several conventional hand pumps. And sadly, the self-sustainability scheme of the billboards turned out not be exactly waterproof. In Zambia, for example, UNICEF found that 75% of the PlayPump water tanks carried no advertisements at all in August-September 2007. 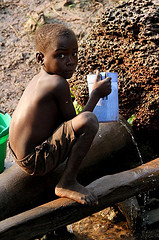 Next up was a major problem in the design; there was, of course, the moral question of using child labor to pump water (which remains an open debate). But perhaps more importantly, in 2009, the Guardian wrote that in order to meet the the recommended minimum daily water requirement of 15 litres per person (an amount determined by the Sphere Project and UNHCR), children would have to be “playing” non-stop for over 24 hours every day. The Guardian calculated that in fact, “a PlayPump could theoretically provide the bare minimum water requirements for about 200 people a day based on two hours’ constant “play” every day – considerably less than its claimed potential”. In effect, evaluators of the project would often go to the site and see the idyllic scene described above (the dusty village, children playing happily and women collecting water with ease).

However, if that same observer were to come back a few hours later and observe the same location inconspicuously, he or she might witness an entirely different scene. With no children around, the village women would be operating the merry-go-round manually, working hard to pump up water that would have surfaced more easily with a traditional hand pump.

Perhaps these women would not have chosen an expensive PlayPump to serve their village borehole, if they were consulted on the matter. But in fact, there was a lack of local ownership, or involvement of the local community. The villagers also had no say over the type of advertising displayed, and no idea what exactly happened to the advertising revenues. Moreover, many had trouble with the pumps’ maintenance. Villagers in Zambia would have to call maintenance numbers in South Africa, and the installation parts produced locally in South Africa would take months to arrive.

Failure IS an option

Perhaps the most important lesson to take away from the PlayPumps project is not the fact that it failed, despite its innovative technology, great intentions and strong support. The most important lesson here may be that failure IS an option. Development projects frequently fail; however failures are both (a) strongly chastised and criticized in the press or (b) hidden away out of embarrassment or fear that funding will dry up if failures are made public. However, if failures are brushed under the carpet and forgotten, they are likely to be repeated. The key is to learn from failing, or to ‘fail forward’, which is where websites like Admitting Failure come in. The site breaks taboos by collecting development failure stories so others can learn from them, in hope that the end result will be a general acceleration of development. The truth is that without failure, there would be no innovation. As Thomas Edison, the inventor of light bulb, put it: “I have not failed. I’ve just found 10,000 ways that won’t work.”

The author would like to thank the Micro-Initiatives lecturers from BTC ‘s February Infocycle in Brussels for pointing out this project, as well as her coursemates for showing the way to the Admitting Failure website. 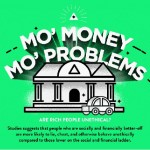 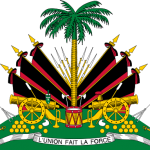 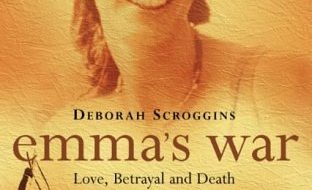