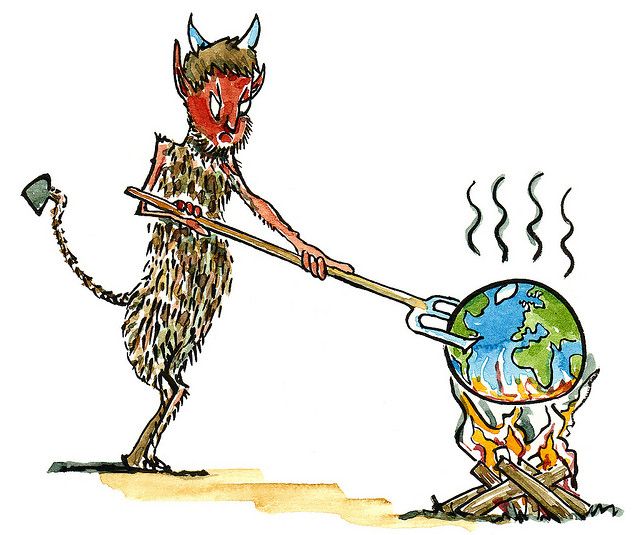 With the UNFCCC gearing up for its meeting in Bonn later this month and the world preparing for the Rio+20 Conference this June, United Explanations provides a recap of global climate negotiations as a warm-up to the upcoming events.

What is the UNFCCC?

Although climate change suddenly became a hot (excuse the pun) topic in 2009 with the Copenhagen summit, which was attended by world leaders such as US President Obama, German chancellor Merkel and Brazilian President Lula, in reality climate change negotiations started almost 20 years before. It was during the Rio Earth summit in 1992 that the UNFCCC (United Nations Framework Convention on Climate Change) was officially opened for signature.

This UN (United Nations) body has as its main aim to stabilize the concentrations of greenhouse gases (such as carbon dioxide, CO2) in the atmosphere in order to prevent catastrophic global warming and climate change. There are currently more than 190 parties to this MEA (Multilateral Environmental Agreement) and its headquarters are located in Bonn, Germany. The members meet annually in a COP (Conference of the Parties) in order to negotiate policy towards the Convention’s main aim of greenhouse gas (GHG) reductions. Additionally, the parties meet periodically in Bonn, Germany, and other locations to prepare the major annual COP summits.

What is the Kyoto Protocol?

The third COP was held in Kyoto in 1997. After that meeting, the Kyoto Protocol, which established binding emission reduction targets for 37 industrialized countries and European Community and created a number of mechanisms to operationalize the targets, was adopted in 1997 and entered into force in 2005. The time lapse between adoption and entry into force was caused by heavy difficulties in convincing certain parties to commit to the binding reductions.

Why the differentiation between these industrialized and developing countries?

Due to the historical responsibilities, one of the key topics in the climate

The current GHG concentration in the atmosphere is mainly a consequence of all the emissions carried out by the industrialized countries since the Industrial Revolution. All these emissions helped them to reach the level of development that they enjoy nowadays, as industrial production, which carries greenhouse gas emissions as a by-product, is almost inextricably linked with the current definition of development.

Therefore, it was decided that industrialized countries would carry most of the burden in implementing solutions to the emissions problem, rather than the developing world. This principle is often referred to as ‘common but differentiated responsibilities’.

Besides emissions cuts for developed countries through the Kyoto Protocol, mechanisms were also put into place to mitigate emissions globally and to bring about sustainable development. In general, these programs and mechanisms are supported financially by the industrialized countries rather than by emerging or developing economies.

How did things evolve after Kyoto?

Since the Kyoto Protocol entered into force in 2005, many counties have not achieved the emissions reductions they committed to, and, to make matters worse, some of the world’s largest emitters, such as the USA, never ratified the Protocol.

What happened in Copenhagen?

Expectations for COP-15 in Copenhagen were very high and the turn-out, both by heads of states and civil society organizations, was impressive. With headliners like Barack Obama participating, expectations and hope soared on the possible outcomes of the conference. Unfortunately, the COP faced many organizational problems, dallied endlessly during the first phases, and ended in late night back room bargains, which led to strong criticism on the lack of transparency exhibited by the big countries.

The conference ended up producing a short document of weak intentions called the ‘Copenhagen Agreement’, which was non-binding and was never signed by all parties to the Convention.

Analyses later pointed especially to the lack of consensus between the positions of China and the USA as a crucial ingredient for the failure. The USA focused on the argument that the emerging economies (India, China, Brazil and others) should be included in the emissions reduction targets, while China and other emerging economies, or BRICS (the abbreviation for Brazil, Russia, India, China and South Africa), stressed the historical responsibilities argument. Other explanations for the failure include the maneuvering room Barack Obama lacked during the negotiations due to his political situation back home in the US, as well as a failure of the EU’s negotiation strategy, despite the Union’s ambition to be a forerunner in the climate change scene.

Far from creating consensus, the Copenhagen conference exhibited only too clearly the different views on the climate problems. After Copenhagen, it could be said that lack of consensus has continued to be the norm in the UNFCCC negotiations.

What are the most recent developments (Durban)?

The most recent COP was held last year, in Durban (South Africa). The talks were not attended by many major world leaders, and though advances were small, there were some tangible results (see our article on Durban’s results for a more detailed discussion). For example, the ‘Durban platform’ was launched, which will, by 2020, gather all parties to the UNFCCC under one umbrella agreement or protocol – revolutionary, considering the traditional and at times paralyzing industrialized-developing country split.

ut what was more newsworthy, perhaps, is that Durban was a race against the clock. The first commitment period to the Kyoto Protocol was scheduled to end in 2012, and in order to avoid a gap between commitment periods, where emissions would again be un-reined and Kyoto’s mechanisms would be left dangling in mid-air, solutions had to surface in Durban. Developing countries, mainly, were pushing for parties to the Protocol to accept another round of commitments.

Faced with the ticking clock, a second commitment period was agreed on, which will reach until 2017 or 2020 (when the Durban Platform is expected to kick in). However, the US never ratified Kyoto in the first place, and since Japan, Canada and Russia opted out of the second period, the emissions covered by the agreement are actually less than a sixth of the world’s total.

For the next decade, in other words, while the Durban Platform is being negotiated, the UNFCCC’s agreements will only cover about 15% of the world’s emissions.

What does all this mean for the UNFCCC as the world’s climate change negotiation forum? Where does Rio+20 come in?

With these recent failures, hardly any perspectives for a higher level of consensus, and the few advances creeping along at a snail’s pace, some question whether the UNFCCC is the right arena for climate change negotiations.

In June of this year, Brazil will host the Rio+20 Summit, 20 years after the Rio Earth Summit of 1992 (see our article on expectations for Rio+20, on our Spanish page). Some suggest Rio+20 could be a good forum to debate the effectiveness of the UNFCCC. Seeing as the UNFCCC was created in Rio in 1992, why not re-debate climate change governance within the frame of the conference?

Though radical and rapid change is unlikely in the realm of international organizations and governance, it might be healthy to look into some innovative options. For example: Would we be better off managing climate change regionally or even purely nationally, as international consensus on the issue is highly doubtful? Could other international organizations like the G8 play a role? Or, more radically, is there a way to manage the planet’s environmental problems without a supranational structure? What role can citizens and civil society play?

Of course, especially considering the current global economic context, climate change appears to be slipping lower down global leaders’ priority list. Nevertheless, Rio+20 could be just the right forum to discuss new perspectives on global environmental governance and its mechanisms.

* This article was co-authored by Marie Vandendriessche. 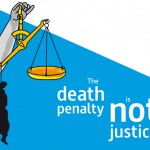 Belarus: license to kill Previous
Mærsk Mc-Kinney Møller: the last of the Danish magnates Next