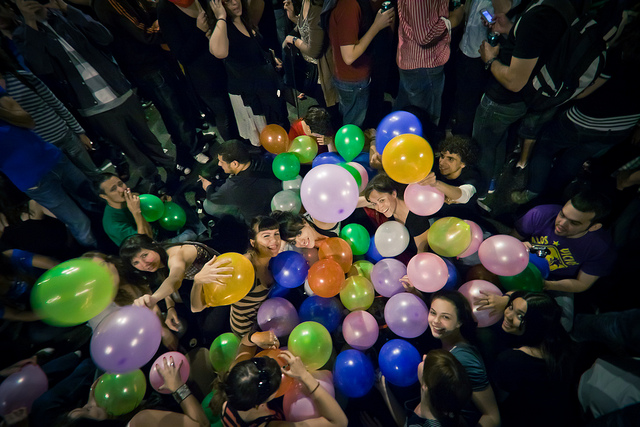 People have mobilized in many Spanish cities such as Madrid, Barcelona, ​​Zaragoza, Logroño, Bilbao, Gijon, Oviedo, Sevilla, Granada, Malaga, Leon, Murcia, Valencia, Baleares and even at the entrances of Spanish embassies in other countries.  These revolutions have been organized just few days before the local and regional elections. After three years down the hill, the Spanish society wakes up from the long slumber, and reacts facing the crisis. Political mistrust, a disastrous economic situation, high unemployment rate or the dark future ahead are the main reasons that have lead many citizens to camp in  the squares of main cities, rising banners and placards of dissent and censorship to the politicians in our country.

But, what this movement really is? # Acampadasol, # spanishrevolution, # 15, # nonosvamos, los “indignados”, are some of the tags that have accompanied the citizen tide. Like in so many other regions (such us in the Middle East and Norther Africa), the social networks have been the origin of these movements; it has caused an enormous expectation and many people has joined the movement day by day. The Internet revolution is now a truly, powerful and effective antidote, which has helped the Spanish society to react in a record time, against the “pressure” of the political, economic and social “status quo”. It has been a change expected by the international community. Some believed that the society was sleepy and inactive in political affairs, but the truth is that population has reacted (we don’t know if soon enough) against alarming problems such us youth unemployment (43% of young Spanish people are unemployed) and poverty, in a country where 9 million people are living below poverty line.After three years of continuous bad news, and outraged society decided to the camp on 15 May, as the final trigger that is causing an immediate impact. Camping at “Puerta del Sol” (Madrid) or “Plaza Cataluña” (Barcelona) have been precedents of which few politicians cared about at first but now the camping sites occupy the front pages of most newspapers and election campaign speeches.

We believed that this could have happened sooner or later, but what we could have not imagined it is that it will happen in such a decisive way. The movement has taken advantage of the widespread exhaustion during the election campaigns, which have not reached the people’s expectations. They came at a crucial moment to win: at the end of the political campaign. Of course, if that was their goal, they have achieved it and have eclipsed some of the main campaigns and found themselves in the limelight.
This revolution at such a decisive moment, suggests a well-orchestrated strategy from an unclear direction. In case that it was a planned strategy, it would have only increased the mistrust of our politicians in our country and it also goes against the “faith” of thousands of citizens who rely on the power of society to change things without any political colour to support it. On the other hand, the spontaneous emergence implies that there is no clear definition of objectives and actions beyond 22M (22 March, the election day). What are they looking for? Distraction? Presenting an alternative? Is it a movement after 22M? Whatever it is, spontaneity or strategy, the issue is that they have managed to surprise the country, proving that popular participation is essential for proposing changes and for proclaiming opinions beyond the ballot boxes.

Who are they? they defined theirselfs as People, ordinary citizens of all conditions, old and young, progressive, conservative, believers, nonbelievers, with clear political ideology, apolitical, individuals, groups …Nonpartisan, independent of any political party. “It is neither left, nor right. Do not “politicize the movement.”

What do they demand? : a more transparent democracy, more open and participative, where citizens count more than just voting every four years.

Reason: Absolute indignation about the current economic and political system. They ask for an urgent need of change, based on the following points of his “manifesto”:

Youth outraged unemployment rate in Spain Previous
With Mladić being captured, will things change for Bosnia... Next 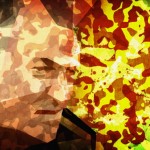