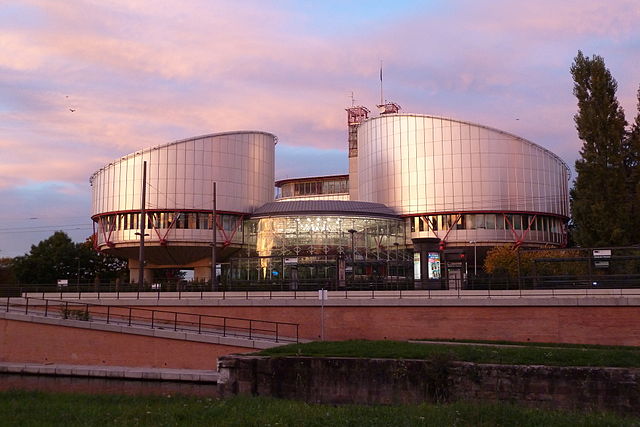 The need for a pan-European court tasked with protecting human rights became evident after the end of the Second World War. The global conflict had ravaged the continent, bringing it to its knees. Unspeakable atrocities were committed during the war, so much so that the main priority of politicians after the conflict was to make sure that such things would never happen again, at least not on European soil. The solutions that they devised involved the construction of common institutions within which the governments of Europe would be able to interact peacefully. Starting in the late 40s and 50s, the foundations were placed for the structure which we now call the European Union. Its origins are rooted in the European Coal and Steel Community (ECSC) and the European Economic Community (ECC), formed by six countries in 1958. However, while the EU fosters closer political and economic relations, it does not (or at least it did not until very recently) focus on juridical issues related to the protection of human rights. Therefore, besides what became known as the EU, another institution, named the Council of Europe, was developed in the immediate aftermath of the Second World War to fill this gap, among other missions .

The Council of Europe is an international organization created in 1949 to promote cooperation between its member states in legal matters, with the goal of promoting and safeguarding human rights throughout Europe. The crowning achievement of this institution was to draft the European Convention for Human Rights. The Convention, an international treaty which came into force in 1953, clearly spells out the basic rights of people residing within the European member states which are parties to the agreement. Countries that are bound by the convention include all European nations except Belarus. To ensure that states would respect their commitments, an impartial supranational court was established, called the European Court of Human Rights (ECHR). Individuals, organizations and states  can bring their cases to this court, which will only hear them when all domestic legal procedures have been exhausted. The court arbitrates (officially judges) in disputes and has the power of condemning nations if it considers that their conduct violates specific articles of the Convention.

European Court of Human Rights and the EU institutions

The Council of Europe, the Convention and the ECHR are therefore separate from the European Union.  The court is a distinct organization and is not a branch of the EU. This is an important point to underscore as they are often confused – quite understandably, as these institutions share the same flag (twelve stars on a blue background), the same anthem (the Ode to Joy) and also in view of the fact that the Council and the ECHR are both based in Strasbourg, the city which also hosts the European Parliament. The ECHR should not be confused either with the European Court of Justice (which covers EU law matters and is based in Luxembourg). The fact that the Council of Europe has a very similar name to the Council of the European Union, which is a body of the EU, can only further this confusion. However, these bodies are different not only in function, but also in composition. In particular, the membership of the Council of Europe, which comprises the jurisdiction of the ECHR, is larger than that of the EU. Currently, the jurisdiction of the Court extends to 47 member states, including many Eastern European nations and Russia, which joined after the fall of the Soviet Union, making it a truly pan-European institution.

The peculiarity of the ECHR is that, though having been established by an agreement among states, individuals, as mentioned, also have recourse to the court. This was a very significant innovation in the field of international law at the time of its creation, as international courts until then were means to arbitrate disputes among states, rather than between states and individuals.

The array of rights protected by the Court is quite extensive, including both basic protections which forbid states to mistreat individuals (for instance, the ECHR and the Convention ban torture and enslavement in its Article 3 (‘Prohibition of torture’) and 4 (‘Prohibition of slavery and forced labour’) and more complex rights, such as guarantees to the rights of free association, to a fair trial and to a private life. For some of these rights, the protections assured by the Convention are complete – which means that they can not be waived under any circumstance (the use of torture for instance is never justifiable). For other rights, the protections are less absolute:  they must be weighed against each other, if situations arise in which there is conflict between them (for instance, there is a potential conflict between the right to free expression and the right to be protected from defamation, both of which are protected by the ECHR) and can be limited under certain conditions. Specifically, such limitations are considered legitimate  if they fulfill the following three principles:

Currrently, the court president is the UK judge Sir Nicolas Bratza. The court is composed by 46 judges, the number reflecting that of the countries that have signed the European Convention on Human Rights, even though the judges rather sit as individuals and not representants of their nations; they are elected by a Parliamentary Assembly of the Council of Europe for a nine-year term and may not be re-elected. Since there is no objective way to judge the extent of legitimacy of the forementioned limitations, the court has to often make subjective judgments that may change over time and can be the cause of much controversy. Some critics argue that the judgments of the ECHR are too invasive and/or do not take into sufficient consideration the different internal conditions of its member states (for example, the decision to forbid Britain from deporting preacher Abu Qatada to Jordan to stand terrorism charges fearing that he might be tortured there was heavily criticized in England), whereas others claim that the Court tends to favor the states, giving too wide a margin to governments in restricting rights.

On this matter, one of the most contentious cases has been that of Refah Partisi vs. Turkey. Refah Partisi was an Islamic-inspired political party founded in 1983, which was banned and disbanded by the Turkish courts for violating the principles of secularism which characterize the Turkish nation. Since Turkey is a member of the Council of Europe and has ratified the European Convention of Human Rights, the party leaders, feeling that their right of association had been violated, took the case to the ECHR, which controversially upheld the ban in 2003. In particular, the court considered the ban a legitimate, proportional and necessary limitation to protect Turkish democracy. Many observers and human rights activists strongly disagreed with this decision, pointing out that the party had at one point been the largest one in Turkey. However, had the ECHR reached the opposite conclusion, many would have doubtlessly criticized its lack of consideration towards the Turkish version of secular democracy.

In 2010, the ECHR introduced a new mechanism named ‘Protocol 14’, simplifying the procedures of the Court, especially the admissibility of cases and handling obvious cases, with the aim of speeding up its work.  It was introduced after the initial blockage by Russia, in the light of its military operations in the Chechen Republic, but was eventually implemented.

Overall, even though the role of the Court can at times be controversial, its incessant safeguarding of the rights and freedoms of the European citizens against the prevarications of the governments has played a crucial role in ensuring the respect and the progressive expansion of such rights. 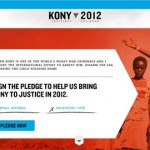 Kony2012: viral propaganda or civic awareness? Previous
Kuwait’s Stateless and Repressed: The Story of the... Next 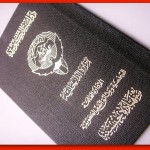