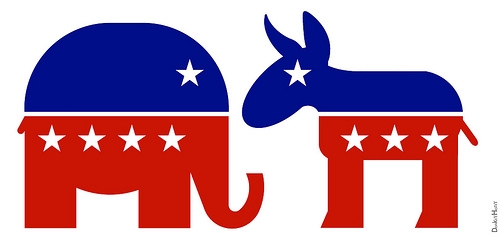 “It’s the economy, stupid!” – With these words the top democratic political strategist, James Carville, summarized the leitmotiv of the 1992 US Presidential elections, which saw Bill Clinton unseat George H. W. Bush, mainly due to the country’s poor economic performance during the latter’s mandate.  Despite the great achievements of the Reagan’s successor in the foreign policy arena, who could boast a rapid victory in the Gulf War and collaboration in the peaceful disintegration of the Soviet Union, Carville understood that what the American people really craved was economic growth. This phrase has subsequently been extrapolated from its original context and has been generalized to indicate that Americans tend to give priority to economic considerations when it comes to expressing their pollitical allegiance (truth be told, this could also be seen as a more general, human, rather than simply American, dynamic: even British voters turned their back on their cherished World War II leader Winston Churchill in the 1945 elections, preferring the promises of economic growth and welfare expansions of the Labour Party).

Therefore, given the current anemic conditions of the American economy(a darkening jobs picture and overall marked-down economic forecast), the 2012 Presidential election appears to be very much open to both contenders. President Obama has the advantage of being the incumbent, but Romney can nullify it by pointing out that the President has not managed to bring the country back to its sustained pre-crisis growth. Recent polling, which indicates that the president is underperforming in key swing states, (states where voters are split between two candidates), namely in 9 out 12: Colorado, Florida, Iowa, Nevada, New Hampshire, North Carolina, Ohio, Pennsylvania and Virginia, as well as the recent gubernatorial election in Wisconsin, which has favored the republicans, are both ominous signals for the Obama administration. It would be a mistake to make predictions based on polling occurring so early in the game, but it is undeniable that recent trends have been unfavorable for the President.

Recently, Romney has also been outpacing the president in terms of fundraising. This is crucial because if such a trend were to hold it could mean that the former governor Massachusetts has more ‘fuel’ to keep his campaign going and to attack Obama with TV ads. Furthermore, the month of June may hold further bad news for Obama, as the Supreme Court is set to hear on a very controversial court case: the constitutionality of Patient Protection and Affordable Care Act, informally referred to as“Obamacare” (the health care overhaul that has been the crowning achievement of the current administration). If the administration were to lose in court on this issue, most analysts believe that it would galvanize the opposition, further worsening the political position of the President. However, it is always difficult to foresee the effects of future events on the political arena, and it might also be that a judicial defeat of Obamacare could convince currently discouraged democratic voters to side with the president, improving his reelection chances. Should Obama lose the court battle, it will be interested to see which of the two narratives will dominate.

Key issues in the presidential race

As the opening quote suggests, it is unlikely that foreign policy will play a crucial role within the 2012 presidential race, even though it is a significant issue. Voters are mostly uninterested, and it would be unwise for Romney to focus on this issue considering that Osama Bin Laden’s demise occurred under Obama’s watch. Besides, if one goes beyond the electoral rhetoric, the foreign policy proposals of the two candidates are not so distant from one another. President Obama promised radical changes in the foreign policy posture of the United States in 2008, but these have not materialized, especially in the field of security policy: Guantanamo has not been closed, the legal status of ‘enemy combatants’ (terrorist suspects) is still very much in question and the practice of ‘extraordinary renditions’ has not stopped. Indeed, besides the withdrawal from Iraq, there is a noticeable continuity between the foreign policies of Bush and Obama which can be expected to hold if Romney is elected.

Besides putting in play traditional battleground states, such as Ohio, Florida and Iowa, Romney’s reputation as a moderate means he can challenge Barack Obama in traditional blue states such as Michigan and Wisconsin. Losing support in such states would be disastrous for Obama, as then he would be forced to with the battlegrounds decisively, which is not easily accomplished. It is also unlikely that the president would manage to offset such losses by capturing customary red states (as he did in 2008) such as North Carolina.

One way Obama could attempt to distract the attention of the American electorate away from the adverse economic situation is to steer the fulcrum of the political debate towards social issues. Bush managed to do this in 2004, which has been dubbed the “moral values” election. Stances like the opposition to abortion and euthanasia resonated with conservatives, which voted in droves for the president, underwriting his second term. Having recently declared his support for homosexual marriage, it is possible that Obama may try the same tactic against Romney. Recent polling shows that the majority of the American electorate is for the first time in history favorable towards granting full marital rights to homosexual couples. Romney, though not a social conservative, would still have to come out in favor of “traditional” marriage in order to appease the base of his party, which might allow Obama to capture the crucial moderate voters which inevitably sway presidential elections. It is a risky tactic and the economic situation might be too weak for it work effectively (it’s hard to focus on moral issues when you are unemployed), but the President must find a way to dampen the negative economic news which risk undermining his reelection chances. Alternatively, Obama could opt not to shrink away from the economic battleground and attempt to turn the table on Romney instead. The current challenger has emerged decisively victorious from the republican primaries, but these preliminary elections have shown that he is vulnerable to attacks which focus on his time as CEO of Bain Capital, an asset management company that has been accused of using predatory economic practices, for instance buying struggling companies in order to simply liquidate them and closing them down. Obama could therefore attempt to draw an equivalency between his rival and the hated Wall Street bankers, which through their risky bets and incompetence triggered the 2008 financial debacle.

Besides capturing the moderate votes, which are crucial, what is also important in an election is getting the people on your side to vote. This may seem easy on paper, but currently both candidates are facing the problem of discouraged bases. Recent polls seem to show that Obama may be losing support among traditional “stronghold” democratic demographics such as Jews and African-Americans (though it is too early to tell if this is just statistical noise or a trend that will hold); Romney is despised by much of the conservative base affiliated with Tea Party. The winner in November will therefore also be the candidate who manages to better motivate its voters and convince them to turn out in large numbers on Election Day. President Obama appears to currently have an edge on his challenger in the “get out the vote” efforts, also due to the greater efficiency of his campaign in using social media platforms and online data collection techniques. Through such internet-based efforts, democratic strategists hope to construct detailed demographic tables that will enable them to focus their efforts in a more targeted way.

Both Obama and Romney therefore have strengths and weaknesses, and the contest for the moment appears to be very close. The final result will no doubt be a complex interplay of the aforementioned factors combined with other variables and future events. Both sides will therefore have to attempt to stay on message and not let the course of events derail their narrative, which is easier said than done. In politics, as in war, the winner will be the player which makes fewer mistakes. 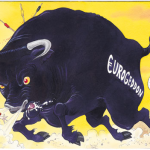 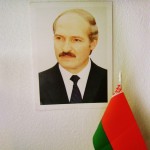