“..(people say) the past lies before me and the future lies behind me. They point ahead of them when they talk about the past. They point back when they refer to the future.” (J.S. in Lederach, 2005).

The quoted African tribal wisdom speaks a lot to all of us – addressing the role of the past we all bring along, especially the painful and traumatic experiences as are those of war and violence, is very important in the lookout of our future. Numerous observations and studies have confirmed the significant long-term impacts that traumatic experiences have individually and collectively, influencing all levels and aspects of socioeconomic and political life of conflict-affected countries, their development and peacebuilding processes. This raises the question whether the development of sustainable peace is possible without seriously addressing and transforming traumas?

Trauma: The Consequence and the Cause of Conflict

The twentieth century will be marked in the history of humankind as a century of particular change in patterns of violence. Humanity lived through two World Wars, a Cold War and hundreds of local and regional conflicts, with an important change occurring with an increase in civilian targets and victims, not military ones. In broad terms, the violent conflicts of the past century accounted for over 80% civilian losses noting the hardest forms of violence being brought upon the most vulnerable groups in the society – women, children, youth and minorities. Adding to the violence born in violent conflicts or wars, there is an increase in the degree of violence experienced by individuals and groups in societies all over the world – domestic, street, scholar, cultural violence, etc. It seems to be true that we as humanity have managed to propagate and allow for the rise of a culture of violence.

Tagging along with the culture of violence, after centuries of silence, the current discussion is addressing the culture of rape used as a form of civilian and military power – or rather – a weapon, creating social conditions in which these destructive forms of human behavior become daily, usual, accepted or even expected conduct. This culture of violence, particularly in wars and large-scale violent conflicts, leaves a dangerous trait – trauma – on both individual and community level leading to a creation of largely traumatized, dysfunctional societies whose capacities to recover and progress are inevitably lessened, even lost in genetic degeneration trauma inflicts on entire generations of human population.

Although trauma is an impact that is not easily perceived, it is a scar far harder to heal than that of visible destruction and harm, and the damage caused is often harder to recover. 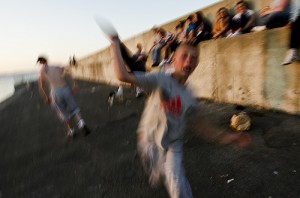 Aching souls and broken homes are harder to mend than burned bridges. More worrisome is the overwhelming truth that traumas often replicate, creating the setting for new traumas to occur or traumatic experiences to be transferred to the surrounding environment. This seems to be true for individual as well as collective traumas since it has been noted that traumatic experiences are transferred or recreated through generations, exacerbating the cycle of violence by conceiving frustrations, animosity, divisions, ignorance, hatred and more violence.

Aching souls and broken homes are harder to mend than burned bridges. More worrisome is the overwhelming truth that traumas often replicate, creating the setting for new traumas to occur or traumatic experiences to be transferred to the surrounding environment.

The Cycle of Violence

Repetitive cycle of conflict is easily seen, taking place in the same community, country or region, involving the same parties, on the same or different issues through different points in history. In these historical occurrences, the dynamic of conflict increases thus creating a growing “violence spiral” from which it is difficult to escape, and whose transformation towards peace requires a lot more effort and investment.  Following the increase in level of violence is an increase in the level of trauma which in turn becomes the new fuel of the conflict.

This interrelation is applicable on individual and collective level, reflecting on primary/structural as well as secondary/individual violence. That is to say, personal traumas contribute to the buildup of collective ones, and vice versa. Those who suffered often see themselves as victims; in turn, this feeling of victimization is more likely to replicate or produce trauma. On the collective level, there are instances of national groups reproducing so called chosen trauma – for example, by choosing a historical event which caused trauma that is kept in narrative (myth), creating long term feeling of victimization as well as enemies from the other side. In the Balkans, the historical battle on the Kosovo Fields which took place in 1389 between Serbs and Ottomans has been used to heat up the nationalistic trends and hatred even six centuries later. 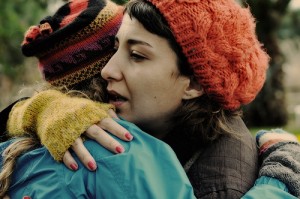 Referring to the claim of egoism of victimization, “ethno-national groups that have been traumatized by repeated suffering at the hands of other groups seem to have little capacity to grieve for the hurts of other peoples, or to take responsibility for the new victims created by their own warlike actions” (in Redekop, 2002).  Trauma inhibits an important social trait, that of empathy, lessening the probability to relate genuinely to the needs and pains of others and the surroundings, in turn becoming the root cause of all and any type of conflicts.

Difficulties to overcome divisions and reconcile, to reach political solutions and build sustainable communities are evident in many places that have or are currently experiencing violent conflict, particularly in those affected by war.  Political issues have an intersect relationship with trauma, as traumas can and are often brought to politics and used to scheme political actions – often in a quite unproductive way – playing a significant role in peacebuilding, development and integrative processes. Political expressions of trauma are capable of confirming or downplaying deep gaps between ethnic groups, leading to difficulties in finding a common solution necessary for functioning of the community.

More than with other aspects of social life, trauma is concerned with relational issues and their rebuilding, unavoidably affecting the whole process of building sustainable peace. Peacebuilding is a complex, long-term process that touches different spheres and levels of society. Among the needs for rebuilding destroyed economic and political systems of conflict-affected communities, there is the pressing need for healing trauma in order to create the foundation for sustainable peace.  Many address trauma transformation or trauma healing as, potentially, an essential part of peacebuilding. Entire reconciliation processes have shown to depend on the level and ability to address and transform collective and individual traumas.

Trauma plays an important role in all aspects of peacebuilding, reflecting on the environment and individuals involved in the process less or more directly. It impacts the capacity of individuals and communities to remove themselves from conflictive relations, build sustainable and collaborative relations, envision a better future, create the way and invest their effort in following a different, peaceful path. On the collective level, progress in reconciliation and transformation of relations reflects on the collaborative ability of all groups involved, through its instrumental role in each rebuilding economic, social and political spheres of the society.

Trauma is not only the legacy but also the cause of war. It persists as the fuel for cycles of violence and generational trauma, tightening on the room remaining for opportunities for recovery. 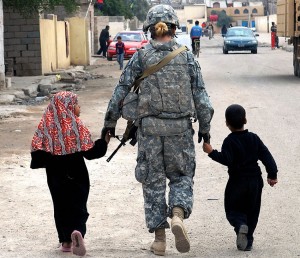 Trauma impacts individual and collective ability for cooperation on which society’s interactive process are based, conditioning its recovery and its future development. Dealing with trauma is actually dealing with the past. In the context of peacebuilding and trauma, the real difference is actually between those who are stuck in their trauma and those who choose to transform it. Still, trauma issues in peacebuilding are often marginalized, almost forgotten. As such, the first step to successful peacebuilding is the necessarily acknowledging and addressing trauma. This should lead to the creation and implementation of collective strategy for trauma transformation, taking into account specific needs of each trauma-affected community.

Addressing and dealing with trauma in order to achieve its transformation and healing is a necessary step in the creation of an environment in which peacebuilding and transitive and integrative processes are to produce the desired result – that of sustainable peace. 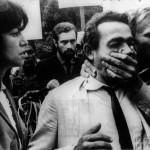 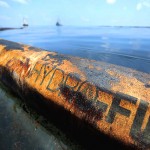