Fiscal and monetary policy are useful policy tools when adjusting an economy to maximise resources and minimise suffering. Countries like Sweden, Canada or the UK have been able to overcome the crisis faster than the Eurozone, which is still in an awkward position. The prevailing European moral discourse singles Germany out as an example of prosperity, sobriety and pragmatism to follow at all costs.

Much less expressed is the fact that Germany, much like the UK or Sweden, has its own monetary policy, as the ECB adjusts its monetary policy almost in its entirety to the German economy. That, and not the Greek indifference portrayed as the bad moral of this economic tale, is what has brought Greece where it is now.

Why has a referendum been called?

Syriza won last January’s general election. It is a left-wing party which is trying to break loose from the reigning neoliberal paradigm through welfare policy and fiscal stimulus aiming at reactivating an economy and a society in stagnation, while trying to eject the troika from the Hellenic Republic. Just a few weeks after gaining office, Syriza had to give up some of its boosting policies to obtain a bailout extension until the end of June, thus accepting new austerity measures.

As the troika seems to be treating Greece just like it did in 2008 – still shaming and blaming Greeks and their supposed overspending, unable to see that austerity has not worked for years and is indeed irrevocably contracting Greece’s economy – Tsipras’s government decided to bring last week’s negotiations to a halt. Each wave of cuts brings about an economic contraction, which in turn requires a new bailout, which will inevitably be conditioned to further cuts. 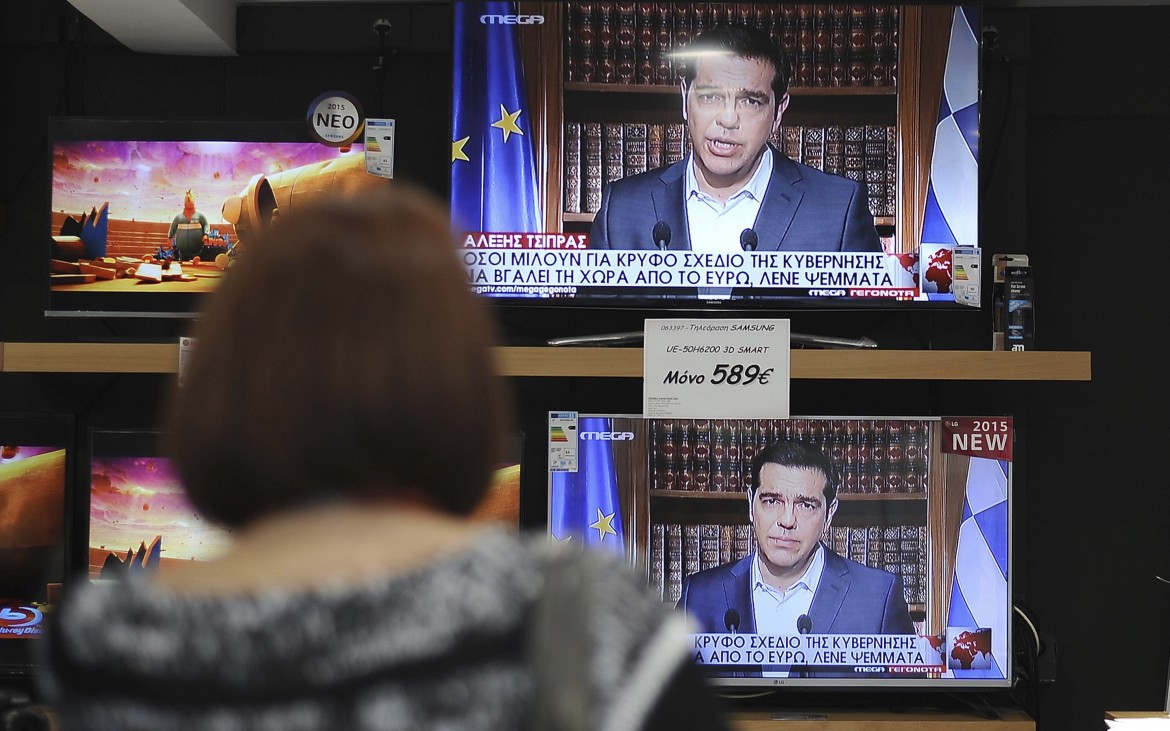 The Syriza government does not accept austerity as a moral principle and finds it useless as an economic policy tool. It has therefore decided to stop negotiating, labelling the new cuts proposed to them as inacceptable and useless, asserting that they would only extend the bailout for a few more months before having to negotiate further cuts. Given this deadlock, they have decided to ask the Greek people whether they should accept or not the Eurogroup’s proposals.

What is wrong with the referendum?

Mr Varoufakis has written in his blog that the referendum proposal was welcomed in the Eurogroup as nothing less than a tragedy. According to him, a Eurogroup member even asked him “how do you expect common people to understand such complex issues?”. From a democratic point of view, asking the people about their future can never be wrong. Nevertheless, in the neoliberal moral narrative, concepts like (investor) trust or (market) stability are more important than what a society might have to say.

Europe is on tenterhooks right now, knowing the vote of eleven million people in Greece on Sunday may and will affect the continent’s future for years to come. Stocks have fallen, savers look at their accounts with fear, the euro’s value keeps falling, and inward foreign direct investment is less than a third of what it used to be.

What are the options?

As in most referendums, the options are ‘yes’ and ‘no’. In this case, the question is oddly formulated. The ‘yes’ would mean a continuation of the European bailout and, therefore, of the austerity measures. The ‘no’ would reject more austerity and demand debt restructuring, but it would potentially imply Grexit and the return to the drachma or, at the very least, the creation of a parallel currency which could be printed by the Greek government. 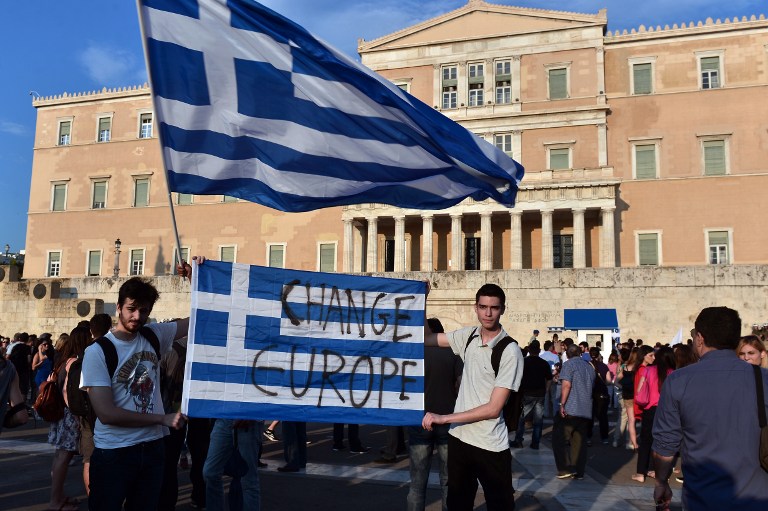 The truth is that both paths will be difficult. Promises of prosperity are being heard on both sides, but believing them is, if nothing else, naïve. Should the ayes have it, Greece would most likely remain in the euro area, paying the cost of not being able to engage in fiscal stimulus beyond tiny concessions like a reduced VAT for the hotel sector. Tsipras and his government are planning on resigning en masse if this happens, adding a new political crisis to an already weak country.

Should the nays have it, Greece would need to start preparing its exit from the euro and its return to the drachma, which would most probably be closely followed by a tough devaluation and a bank freeze to prevent a capital run which would result in a liquidity crisis if not stopped. Syriza’s preferred option would politically isolate Greece from the rest of the European Union.

In this context, the rest of the Eurozone would have to shield itself to avoid contagion. The euro’s value would fall without a doubt, although in the long run the Eurozone would not be gravely affected, as European assets in Greece have fallen to minimum levels since the first bailout in 2008.

The next few years will be characterised by poverty and recession – whether Greeks vote yes or no. If Greece votes in favour, poverty and recession will materialize due to policy prescriptions by the Eurogroup and the troika. If Greece votes against, they will come about due to the drachma’s weakness and the hostile conditions to investment which will result from the necessary bank freeze. In the short run, therefore, Sunday’s referendum is nothing but a gloomy choice between poverty and poverty.

In the medium and long run, the situation changes. If the motion is carried, the troika will most probably keep on requiring further cuts and austerity measures. The ECB will likely not engage in fiscal stimulus, as this would be unfavourable to Germany. Greece would be left at the expense of a paradigm and model change which is unlikely to occur in the next years. The troika is unlikely to restructure the debt, adding difficulty to the situation.

If the motion is not carried, a currency-emitting central bank would regain control over fiscal and monetary policy, being able to control interest and inflation rates in a way favourable to reactivating the Greek economy. Moreover, the drachma’s fall in value would make Greek exports more competitive, favouring both industry and tourism. 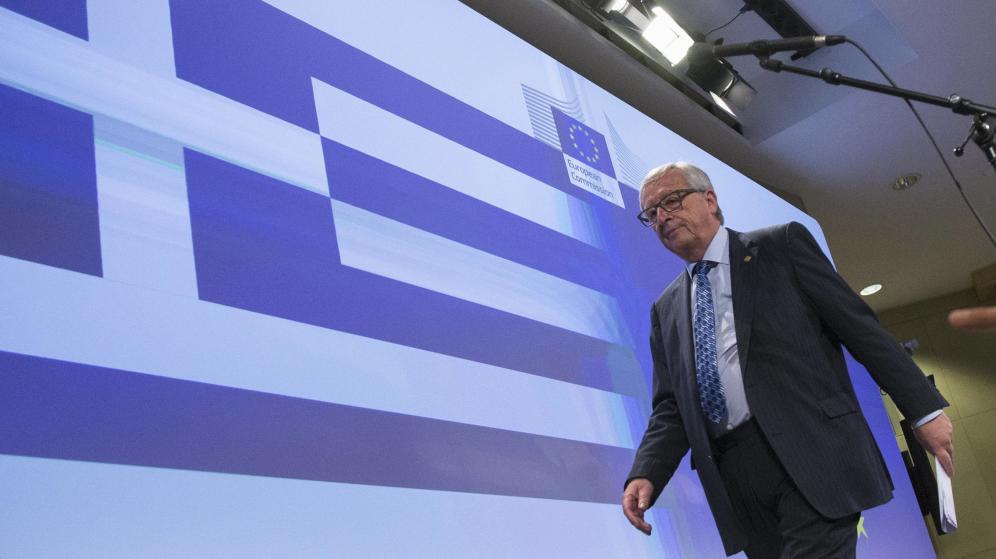 Because of this, well-known economists like Paul Krugman or Joseph Stiglitz have declared they would vote no if they were Greek. A vote in favour benefits savers, who are nowadays more likely to be part of the country’s socioeconomic elite and less likely to be pensioners or middle class, at least in Greece. A vote against benefits less privileged classes and the impoverished middle class, as well as the 60 per cent of young Greeks who are out of work, and whose job prospects are a bit less bad with the drachma than with the euro.

The ‘no’ is being portrayed as a disaster for Greece. Many Greeks believe disaster has already struck and that an exit from the perverse moral narrative only becomes possible through the recovery of economic sovereignty. They believe Greece has been used as a scapegoat for the Eurozone’s initial structural faults, which should have never been established without a matching political union in the first place. Many other Greeks believe Grexit would distance them from the European, democratic and cosmopolitan ideal which was born precisely in ancient Athens.

It is hard to recommend a vote: an out-of-work 25-year-old and a 45-year-old with half a million in his bank account would benefit more from a no and a yes respectively. In any case, it is the Greek people as a whole who must decide in an informed, objective and reasoned vote, and for that, we must wait until Sunday. Kalí tíxi! 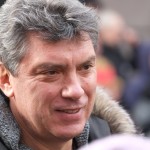 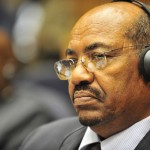