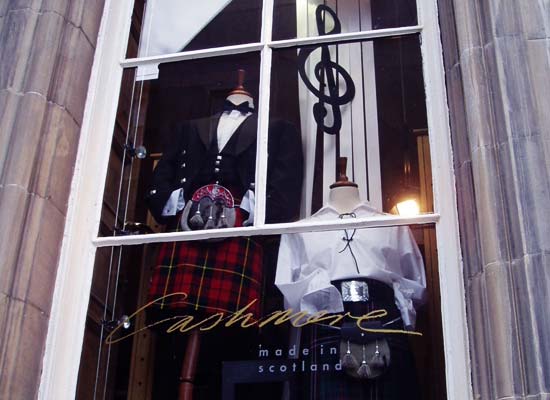 When you are introduced to a person coming from the United Kingdom, you may feel tempted to call him “my English friend”. But, if s/he is coming from Northern Ireland, Wales, Scotland or even Cornwall, the answer will be “I am not English”. Currently, Scottish and the rest of UK citizens face the same question, the other way round. Should Scotland remain part of the United Kingdom? Has it the right to decide?

Since the Act of Union signed in 1707, England and Scotland are bind together in a single kingdom, the United Kingdom. In the late nineties of the twentieth century, the decentralization process granted Scotland a self-government, except for the matters reserved to the State: taxes, social security, army, international relations and other indicated in the 1998 Scotland Act.

As Public investment and expense are higher in Scotland, this progressive decentralization has created two different governance systems; thus highlighting the stiffness and the friction between the two levels of power.

It has to be noted that Scotland is the third-richest region of the United Kingdom while enduring at the same time high rates of poverty and low levels of life expectancy. The recent discovery of the North Sea oil reserves is seen as a major economic opportunity. In parallel, Scottish-only identity has been increasing among the population and some polls show already 40% support for full independence which is also significantly endorsed in England.

Opening the can of worms

In 2008, amidst the financial crisis, the two major Scottish Banks, the Royal Bank of Scotlandand Halifax Bank of Scotland had to be rescued by the British government. The crisis also affected the Labour party, who lost much support in all the UK, but especially in Scotland, facing a significant defeat in 2010 in the national elections.

In 2011 the Scottish elections were won by the Scottish National Party (SNP) whose electoral programme favoured independence and promised to hold a referendum before the end of their assignment (2016). Thus, Scottish first minister Mr. Salmon understands this victory as a let-pass for the referendum, proposing 2014 for it to take place.

2014 is not an innocent choice. Not only Glasgow will be hosting the Commonwealth Games but also that will be the 700th anniversary of the Bannockburn Battle, won by the Scots over the English.

As stated by Scottish First Minister, instead of the traditional yes/no option, the proposed referendum would pose two consecutive questions to know whether voters want independence, greatly enhanced autonomy or neither of those. He also intends to call on 16 and 17 year-olds to vote.  In the other hand, British first minister, David Cameron, has stated that it is the British parliament who has to decide upon the referendum and that being the case,  it would take place much before and in a yes/no shape. Even if the UK government has demonstrated clear opposition to a possible secession, it also showed the will to analyze a significant transfer of power to Scotland after the referendum.

Breaking heads of the matryoshka doll

The question posed by the referendum creates an entangled constitutional labyrinth. At first sight, the main problem is posed by the legitimacy of the Scottish government to call for the vote. But also the shape of this vote is discussed. It does not seem legally possible for people under eighteen to vote. And it seems quite complicated to analyse results if the question is not to be answered by yes or no. Even the date is decisive, as both parties are running against the clock to retain or to increase favorable opinion. 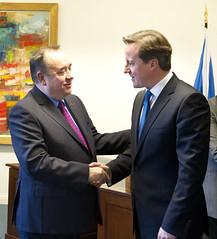 In a second layer, the debate on Scottish independence reminds that England has not its own parliament, thus the so-called westlothian question (Why non-England MP’s vote on England–only questions?) is again on the table. Therefore, all the UK political system is smarting, notably concerning both the Northern Ireland question and the rivalries between political parties.

Thirdly, the SNP campaign in favour of the independence is mainly based in the economic growth to be achieved through own institutions. However, questions like the debt charges and international credit rating, the future currency, the bank regulations and the management of the North Sea oil seem difficult to be tackled by Scotland alone in a context of systemic crisis.

Moreover, from the economy arises a fourth matryoshka head. An self-governing Scotland should manage an independent fiscal system and the consistent public expense while assuming new responsibilities that go from creating its own army to delivering specific passports. A deep analysis is needed in order to define the feasibility of a new macro-economic scheme.

As countries are not alone in the world, the Scottish referendum has also raised many doubts at international level. As for the UK, the Scottish debate is already triggering its international position, first of all, in the European Union. Scottish government assures that they would be a full member of the EU with no changes. Though, issues like the person’s freedom of movement, the Single Market, the euro, representation quotas at the EU institutions… put on extraordinary challenges. At the same time, membership depends on unanimity at the EU Council, where Scotland will have to convince countries like Spain, Belgium, Italy or even the same UK, before a spreading fear of contagion. Similar issues will also affect NATO and UN memberships.

There is not a unique path for solution, thus both governments are currently running separate public consultations on the referendum issue.

Your Scotland, your Referendum 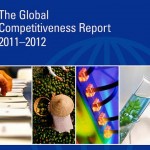 World's top 20 countries by competitiveness in 2011-2012 Previous
Eva's Apple: is GM food the forbidden fruit? Next 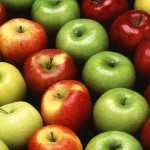