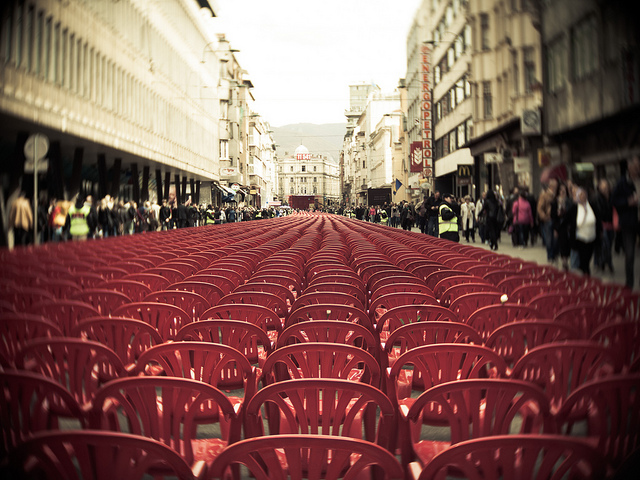 Following the end of the Cold War era, in the midst of the “Eastern European Chaos”, one state, at the time known as the Socialist Federal Republic of Yugoslavia, fiercely fought the conventional Western image of an Eastern European state as being buried in external debt and caught between the western democracy and autocratic ways of governing. Nevertheless, things were beginning to take a different turn behind the back of many Yugoslav citizens.

The political conspiracy that began in the early 1980s, immediately after the death of Josip Broz Tito, by Yugoslav nationalists representing their own peoples (Slovenians, Croats, Bosnian Muslims, Serbs and Macedonians) finally turned into reality at the beginning of 1990s. Yugoslavia and its people were no longer strong enough to resist a strong nationalistic spirit that was now on the rise in all spheres of socio-political life. Independence movements were also growing strong – it was now simply a question of time before one of the six Yugoslav republics would secede.

Slovenia was the first one to do so, in 1991. After a short period of turmoil, Slovenia commenced its first days as a newborn nation, whilst the rest of now already former Yugoslavia was still struggling to keep the country together. However, the peace was fragile, and the real problem erupted when Croatia followed the Slovenian example and proclaimed independence. At this point, Yugoslavia no longer existed. However, a real conflict was yet to begin in one of the smallest Yugoslav republics, Bosnia and Herzegovina, a nation-state, where this story begins.

The War in Bosnia-Herzegovina: A Short Overview

In the spring of 1992, the entire world was following the political events in Bosnia and Herzegovina with the utmost attention. In this central region of former Yugoslavia, where world religions intermingle and people of different cultures had lived side by side for decades, a new and certainly more dangerous war than the Slovenian and Croatian ones was threatening the existence of what remained of the old Yugoslavia.

In 1991, Bosnia was populated by 4.4 million people, 43.7% of them being Bosnian Muslims or Bosniaks, 31.3% of Bosnian Serbs, 17.3% Croats and 7.7% of them “Yugoslavs” (people who did not consider themselves members of any of the previously mentioned national groups or national minorities – they were mainly Jews, Roma and Albanians) (1). With this kind of demographic profile, it was clear that many people were turning towards nationalism.

The political situation in Bosnia was worsened by the creation of nationalistic parties, which were to blame for a fast spread of the “patriotic spirit” around the country. After the break-up of the Eastern bloc, these parties suddenly emerged in former Yugoslavia, gaining most of their support by promoting democratic principles, which were, in reality, merely a pretext for achieving political popularity. Political and ethical disparities among the three most prominent parties were so great that political confrontation was inevitable. Indeed, the situation came to a head at the end of 1991, when it became clear that the nationalistic parties in Bosnia were ready to step into military conflict and destruct the very feeble peace in former Yugoslavia.

In light of these political developments, it was crystal clear that Bosnia-Herzegovina would follow the path of its neighbors Slovenia and Croatia. On February 29 and March 1 1992, a Referendum for Independence of Republic of Bosnia-Herzegovina was held, and two-thirds of the population voted in favor. A majority of the Serbian population did not vote, and in the territories controlled by Serbian authorities previously established by the Serbian Democratic Party (SDS), voting was not permitted. War was on the doorstep, and was logically unpreventable. The final gong for Bosnia-Herzegovina’s future rang on April 6, 1992, when the United States and the European Union member states announced their recognition of Bosnia’s independence. At 6 a.m., Serbian military forces attacked, and the war officially began.

What was to follow in a three and half year bloodshed in the heart of Europe is yet another historical and sociological story. Here, however, we will try to uncover some of the current issues in Bosnia and Herzegovina’s political and social arena – the divisions that remain a burden even twenty years after the onset of the conflict.

Recalling the Past, Living Divided

When on October 11, 1995, all weapons finally fell silent, 51.6% of the Bosnian territory was under the control of the Federation of Bosnia-Herzegovina (FBiH) and 48.4% under the control of Republic of Srpska (RS). During this time, the European Union and the United States began preparing a plan for the future organization of the newly created and war-torn nation-state, and came to formulate a first document which would end the war in Bosnia. This document is known as the Dayton Peace Accords, which also includes a Bosnian constitution, known as the Dayton Constitution.

Today, twenty years after the first bullet was fired in Sarajevo, the capital of Bosnia and Herzegovina, and seventeen years after the signing of the Dayton Peace Accords, things remain largely unchanged. The Dayton constitution is still in force, despite the fact that it was created solely for the purposes of ending the war. But what is more troubling for an ordinary citizen are the societal divisions. In fact, many would agree that Bosnian society – its Muslims, Serbs, Croats and more than fifteen national minorities – have been more divided than ever in the last two decades. And indeed, this is true.

Going back to April 6, 2012, we see a picture of 11.541 red chairs lined up along Sarajevo’s main street, which carries the name of Josip Broz Tito. This touching image recalls the same day 20 years earlier, when the war in Sarajevo (and many would say the whole country) began. On that day, it seemed like time stopped. The chairs were everywhere: on the news and the radio; pictures were posted on Facebook. However, the mood and memories were present mainly in the FBiH, while only a few television channels in the Republic of Srpska reported on the event.

While this might not seem significant to an outsider, many wonder whether Bosnia and Herzegovina will ever come to a point where media, politicians and ordinary citizens will, at least, have a similar story to recount regarding the period from 1992 to 1995. Crossing an invisible border within the country, running between the FBiH and Republika Srpska, you will hear strikingly different stories about people, war, justice, trust and return. Words such as “guilt”, or “Muslims and Serbs”, have different meanings in a country so economically downgraded and so socially divided. These accounts demonstrate that all “sides” are living in the past, trying to build their history and focusing little on their present.

Few are the Serbs in Bosnia and Herzegovina that will acknowledge the 1995 genocide in Srebrenica and the massacres in Sarajevo, who will bow their head on one of the numerous remembrance days. When in 2004, Dragan Čavić (ex-President of the Republic of Srpska) stated that “the Srebrenica tragedy is a black page in the history of Serbian people”, his popularity plunged, and the next elections brought forward a team of nationalist and conservative politicians. Thus, it would seem any attempt to reconcile with the past and move on comes at a high price. At least, that is how things work in Bosnia and Herzegovina. Twenty years after the beginning of the conflict, the divisions still remain. There have been numerous claims that the war is not over, but that it is just being fought with different weapons. Twenty years on, the public (including politicians and the ruling elites) cannot form an opinion about the official start date of the war. For Bosniaks, the war started in April 1992, after the Yugoslav People’s Army (JNA) attacked Sarajevo. On the other hand, Serbs will probably say that the war started on March 1, 1992, after a shooting in Sarajevo, when a Serb was killed at a wedding. Croats take the beginning of the war to October of the previous year (1991), when the JNA attacked a Croatian village of Ravno (Herzegovina) .

The consequences of the 1992-1995 war in Bosnia and Herzegovina still make headlines on a daily basis. Moreover, the conflict is still at the root of fragile political relations between the two parts of the same country, and a source of poor economic and socio-political development, notably in terms of Bosnia’s path to the European Union. It can be said that the conflict has simply taken on a different form. Corruption and poverty loom large in this country, yet society is deeply divided and buried by nationalistic rhetoric, concerned with the past and not the future.

The weapons have been silenced, but divisions remain. 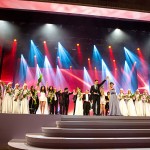 The world is watching: human rights behind the Azerbaijani... Previous
South-South Trade: The Case of Brazil Next 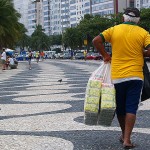