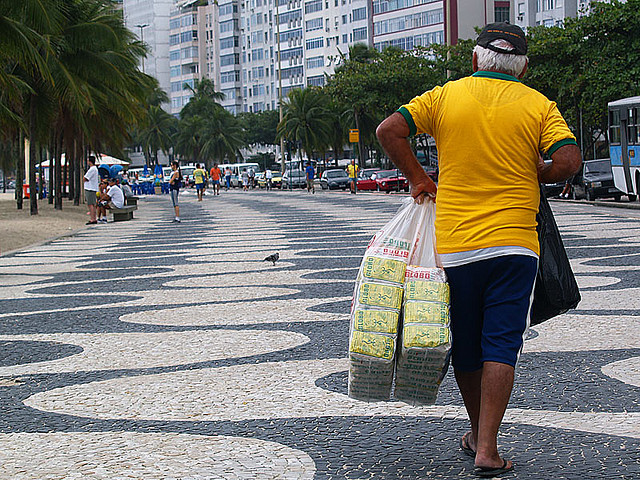 Among other things, Amartya Sen argued that freedom to enter markets could be, by itself, an important contribution to development, regardless of what the market system can or cannot do to promote economic growth or industrialization. Of course, he was concerned with one of the most basic freedoms ascribed to men: the freedom of choice.

Sen portrayed the freedom to participate in economic trade as having a basic role in social life. That is a notion that can be transported to the relationship between nations. For a long time, countries like Brazil were captives of a perverse globalization where their trade possibilities gravitated within the North-South divide. Saying that those days are completely over may be precipitated; nevertheless one can safely argue that there has been improvement. With sound macroeconomic policy associated with strong social inclusion programs, Brazil has become a recurrent topic as an emerging power. The evolution of its trade agenda and diversification of partnerships towards the South factor in as important elements of its recent successes.

The Brazilian Foreign Relations Ministry’s press notes and its recent Foreign Policy Balance Sheet are filled with astronomical data on the improvement of its trade with developing countries. Examples range from the enhancement of trade with its neighbors to the development of stronger trade ties with Middle Eastern, Asian and African countries. In 2011, trade with Argentina reached its highest, with a historical level of US$ 39,6 billion, making Brazil Argentina’s biggest trade partner. As for Brazil’s main trade partner, the United States was surpassed by China in 2009. Between 2003 and 2009, the trade flow between Brazil and the Middle East rose by 240%, and even after the crisis, the flow continues at a higher level than previously seen, 10 years ago. The depiction of Brazilian trade with Africa tells a similar story, with increases of 400% in trade flow with countries such as Mauritania. Brazil has gone global.

Nonetheless, despite the increasing importance of South-South trade for Brazil, a better look should be taken at the diversity, percentage within global trade sum and type of products being exchanged. However, in order to understand why Brazil is a good example of the evolution of South-South trade, one should take a look at the bigger picture.

The OCDE argues that South-South trade accounts for between 3% and 5% of total world trade, when taking into account upper-middle- and lower-middle-income countries; exchanges involving low income countries make up barely 1% of total world trade. It also points out that there are significant differences in the products involved in South-South merchandise trade as compared to North-South and North-North trade. South-South trade seems to be more concentrated on raw materials and less processed goods than either North-South or North-North trade.

Geographical concentration and trade barriers are presented as difficulties for the development of trade with the South. Despite its considerable expansion over the past 20 years – albeit from a very small base, it now makes up around 6% of world trade, compared with 3% in 1985 – concentration is apparent, with Asian developing countries representing around 8% of total world exports. What is more, tariff barriers are higher, at an average of11.1% compared with North-North trade.

Brazil is among the countries where trade with other developing nations exceeds 50% of total services trade, even though it is only number 11 on the Michigan’s State University Market Potential Index for Emerging Economies – meaning that it is still not the first choice when it comes to investment and trade. Hence, how did it achieve and exceed the 50% mark of exports to other developing countries?

The seventh largest international economy has pursued development and made it into a foreign policy goal. This has reflected on its economic options and policies, as well as on the choice of diversifying its international partners. The main idea when promoting this diversification was not only to avoid dependence, but also to trade knowledge and seize an opportunity for competitiveness gains and technological advancement.

The Brazilian approach to South-South cooperation and trade is not recent. It started mostly between the 1960s and 1970s, followed by a strong influence of the dependence theory on Brazilian intelligence and by the development goal set by the government.

Several of the policies that are seen today, with an increasing role for the Brazilian Agricultural Research Corporation (EMBRAPA, in Portuguese), were surfacing in the 1970s and 1980s. It was in 1975, when Brazil presented the proposal for a General Agreement on North-South Negotiations to the United Nations, that it obtained sympathy and new economic partners from the then Third World. The proposal focused on replacing the vertical interdependence on North-South trade by a new horizontal one. Brazil’s choice for South-South cooperation and trade began as a political decision that evolved to a horizontal cooperation mechanism outside the North-South divide. It was the first seed of a cooperation process driven towards diversifying Brazilian international partnerships and trade possibilities. However, the 1980s saw the downward spiral of inflation and instability that made room for the rise of neoliberalism and trade power politics. The closer attention to the South would only regain its force in the late 1990s.

Hence, the decision to diversify and increase trade with other developing countries involves a lot of political will, at times, and can be influenced by the fluctuations of markets that leave little room for bargaining. Most importantly, one of the lessons learned relates to the need for financial reform.

How do South-South trade, the need for financial reform and development come together?

South-South trade involves more than trading goods: it can offer a wide scope for specialization and efficiency gains, as well as lead to the interchange of knowledge and capabilities that help to guarantee the competitive and sustainable entry of developing countries in the world markets.

This is where development meets trade, explaining the key role developed by the Brazilian Development Agency (ABC, in Portuguese), which executes hundreds of technical cooperation projects in dozens of developing countries. These projects are driven towards improving traditional products’ quality and competitiveness, as well as introducing new goods and services with higher added value, therefore generating a higher income. The role of the Brazilian National Development Bank (BNDES, in Portuguese) has been equally important, as it provides credit lines for Brazilian companies to enter developing countries, modernizing their infrastructure.

Thus, Brazil has been working to strengthen its ties with other developing countries, applying development policies to bolster development capabilities and South-South trade as never before. It has assumed a higher international profile, with leading roles in areas such as climate change, south-south cooperation, agriculture technology, trade, biofuels, AIDS, biodiversity and social technologies.

Nonetheless, the improvement of the competitiveness of developing countries is not enough. This is where the need for financial reform is added to trade and development. Today’s trading rules make modern agriculture unviable in many countries, leaving them sensitive to market price fluctuations and to the aid trap.

Excluded for many years from negotiating the rules of the game, developing countries have embraced an effort to trade amongst themselves and to have a say on the necessary changes on trade regulations worldwide. Brazil is a strong example of that; being one of the key actors in both the financial and agricultural G20s. The results of such an effort are unprecedented levels of trade between developing countries. Yet, there is room for more. Another issue can be made of barriers to trade that among developing countries are generally higher than the ones for and among developed countries. There is, obviously, still a lot of work to be done. Despite the “Brazilian fever” that has made the country front page news as the now awaken giant, for a few years now, Brazil has some serious structural problems of its own to tackle, beginning with its education and its own infrastructure. Still, its case for South-South trade as a tool for development is real, especially when one considers how financial crises powerfully affect markets that are not diversified enough, in terms of goods or partners.

To tackle the challenges faced by the world economy, all countries ought to participate in the process of finding solutions. These include creating a stable macroeconomic environment that encourages an appropriate level of investment in fixed capital, which is much needed for supporting the necessary structural change. Development as freedom fundamentally means freedom to achieve the capabilities that lead to development – and in this world, no one can do it alone: cooperation is key. 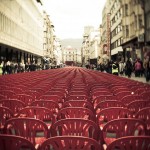