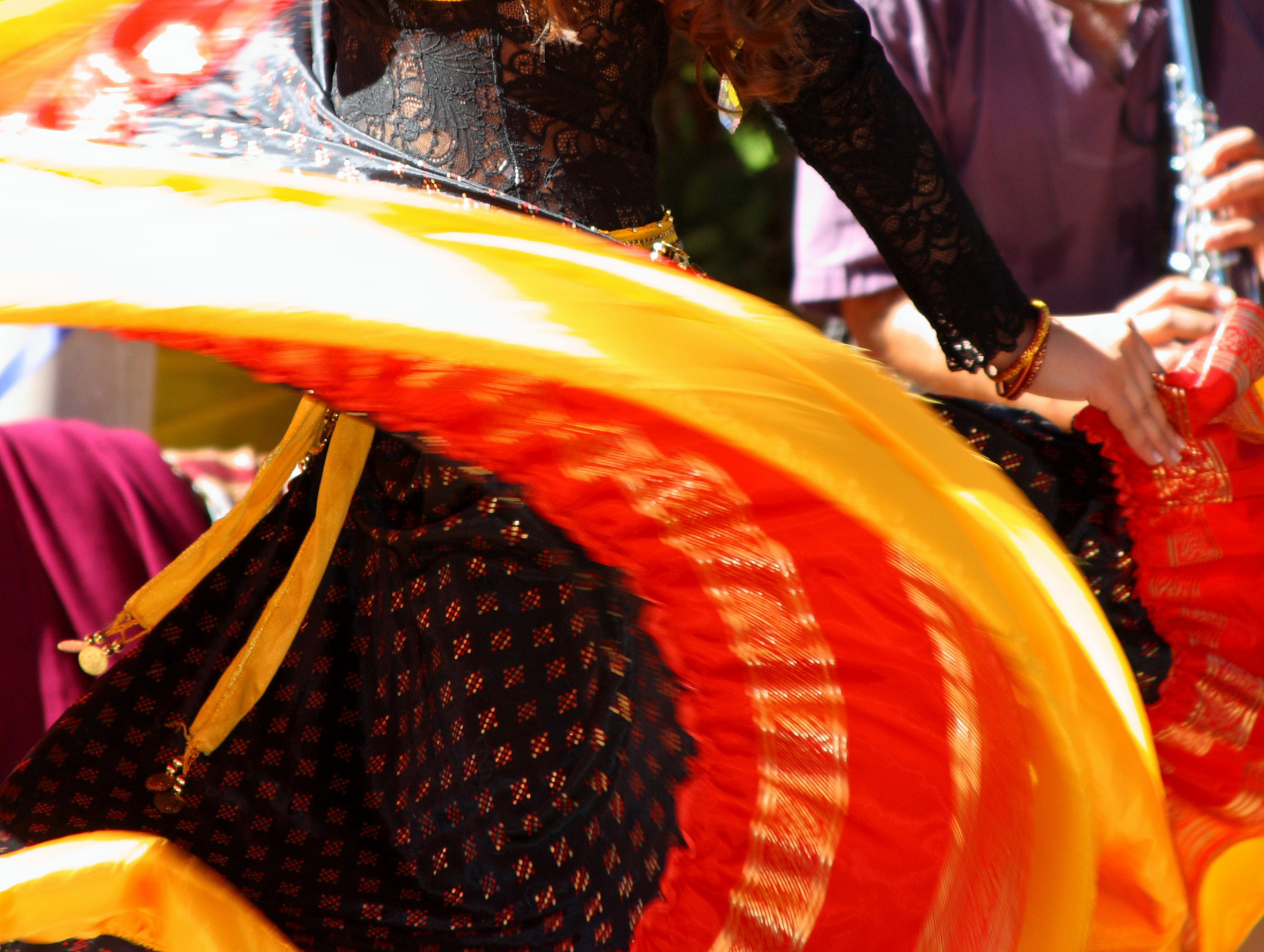 You will often find them singing and dancing in vividly colored skirts, their children running around naked and free, blissful in their play and ignorant of their parents’ worries. And as stereotypical as it may sound, this is an omnipresent image of Europe’s pariah people: the Roma or the Gypsies, the Rom, Romani or Sinti, but also Tzigani or Zigeuner[1], in the language of those who despise them. Such a plethora of names is not surprising (moreover, depending on their provenance, the Roma use a range of names for themselves), since the Roma can be claimed to be Europe’s most unique minority, representing the oldest nomadic tribe that present on European soil, probably since 500 AD. Yet, for many Europeans, the Roma represent a “social sore”, a source of theft, people trafficking and prostitution, disease and petty crime, issues that have endured for centuries and created a bitter human rights battle in the last two centuries of modern European history.

Who are the Roma?

Contemplating on their hardships or joyfully dancing, Roma are always easily recognizable. A nomadic, non-European race that lives dispersed throughout Europe (but mostly Eastern Europe and the Balkans), they are a sub-group of the greater Romani race whose origins are traced to Northern India. The actual timeframe during which the Romani moved from Asia to Europe has been a subject of many controversial debates, but the widespread belief is that their westward migration occurred between the year 500 AD and 1000 AD[2], when they may have migrated for better agricultural opportunities to the West. Some historical evidence also shows that they found their home in Europe, the Middle East and North Africa while escaping prosecution in India. Known throughout history as very witty people, the Roma easily managed to settle in many parts of Europe. Bound to impress their hosts with titles such as Lord, Count and even Earls of Little Egypt (claiming “Little Egypt” was their homeland from which they fled upon prosecution by the Saracens), or simply claiming that they were on a pilgrimage, the Roma soon gained protection from local authorities. Similar tribes settled in Italy, France, Germany and Hungary in the 15th century, but remained nomadic in their way of life, earning a living as horse dealers, musicians and craftsman. The Roma women were well-known fortune tellers, hence the stereotypical modern-day image of Roma (Gypsy) girls and women staring at the crystal ball. But despite their religious claims, one of the possible reasons why the Roma were feared by many was their particular dark looks, which were very distinct from ordinary Europeans. These fears soon grew stronger, and anti-Roma governmental movements began to form across the old continent.

Many European countries, including Spain (which was the first to prosecute the Roma, in 1492), England, France and Romania passed different sets of laws, aiming at forced assimilation and prohibition of traditional Roma language, dress, music and customs. In countries such as Romania, the Roma persisted as chattel slaves up until 1856 when they were finally freed.

The rest of Roma’s history can be summed up in just a few words: severe prosecution marked their existence during World War II, when during the Holocaust (known as Porajmos in Romani language), they were exterminated and sentenced to forced labor in Europe’s notorious concentration camps. In the aftermath of World War II, and considering the fact that most of Europe’s Roma lived in the countries of the Warsaw Pact (or Communist Eastern Block) during the Cold War, they experienced forced assimilation programs and were prohibited from openly demonstrating their culture.

Due to a shared history of prosecution and marginalization, the Roma of today continue to live as close-knit communal people with a common background. What is interesting is that the Roma have never attempted to build a state, fought wars of independence or demanded that they were a civilization, but rather tried to integrate into their “host” societies and co-exist. Nevertheless, in 1971, an International Romani Union (IRU) was created, with the goal of representing all Roma-related policy in the world and acting in the interests of all Romani people. Currently, the IRU has 33 member states across the world.

Yet today, the Roma of Europe are often referred to as its pariah people. Indeed, many of Europe’s Roma live on the margins: extreme poverty, inhumane living conditions and housing often built by local authorities on the outskirts of large cities are just a few of the sights depicting the life of 21st century Roma. These images are characteristic of Eastern European states, particularly Romania, Bulgaria, Serbia and Albania. Moving westward, however, we can see Roma are facing similar issues; however in this case they face conditions similar to prosecution while their legally granted rights are severely impeded.

Recently, the spotlight has been on France.

Why are the Roma labeled “French Public Enemy”?

Many were the attempts to expel Europe’s last stateless people in the history of modern France. While the recent wave of expulsions that started in the summer of 2010 and continued well into 2012 have provoked major public criticism, few know that over the course of the 20th century, Roma have faced constant discrimination in France. In fact, the deportations and discrimination were so fierce that some critics have compared them to the deportations of Jews organized by the French Vichy regime during World War II. And although these comparisons might be a little too strong to digest, the fact is that even before WWII, the Roma living in France were tracked by special identity cards that allowed the authorities to control their movement. During the 1930s, the French government installed a dozen “special centers” (which later became concentration camps) for Roma refugees that stormed to France from Eastern and Central Europe. On the eve of German invasion of France in the summer of 1940, the French government made constant efforts to limit Roma movements by assigning them to live only in the designated areas. In the words of the wartime French government, the Roma were a danger for national security, and thus needed to be controlled and finally removed. The notorious Vichy regime that came to power a few months after the German occupation simply used the old policies to deport the Roma to numerous concentration camps.

Today, the French Fifth Republic has nothing in common with the Vichy regime. Yet, the discrimination of the Roma – and a strong one – lives on. With its many problems such as economic depression, crumbling inner cities and strong public pressure, France has not given up on deportations of thousands of mostly Romanian and Bulgarian Roma that have moved to France after both countries became the members of the European Union (EU) in 2007.

Exercising their right to free movement within the EU and fleeing poverty, these Roma (who are now EU citizens) thought that they had found their new home in France. They settled in camps with no electricity or running water, finding this still better than what they left behind in their Eastern European homes. However, in the summer of 2010, the French government forced most of the newly arrived Roma into hiding across the country, through new measures taken by Sarkozy’s government – deportation of all Romanian and Bulgarian Roma. Clearly ignoring one of the basic principles of the EU, the right of free movement of all EU citizens, and severely impeding Roma’s human rights, Sarkozy’s government showed a lukewarm reaction to numerous protests of sympathy for the Roma. The European Commission intervened by imposing sanctions and examining similar situations in other EU member states (notably Belgium and Italy). Most members of the European Parliament also heavily criticized the deportations. France reacted to the sanctions by adopting a national Roma integration strategy last year, entitled “An equal place in French society: French government strategy for Roma integration”

Meanwhile, most of the Roma had no plans to return to Romania, where their Romanian citizenship would allow them to enjoy basic welfare, such as health insurance and free education for their children. It is no wonder they did not want to return: begging in France was still more profitable than not working at all in their home countries. They continued to live in camps – often on the outskirts of large French cities such as Paris, Lille and Lyon – with rats, fleas and disease as frequent guests.

The last sweep came in August 2012, when a few hundred Roma were ordered out of their improvised homes. The rationale behind this latest government move against the Roma was that camps were a public health and safety hazard. However, this time the government stated that the guidelines for demolitions were agreed upon with the EU. On the other hand, current French President François Hollande was criticized for not fulfilling his pre-election promise to not expel the Roma from these camps unless they were provided with alternative accommodation. What is even more appalling is the fact that some 240 Romanian Roma living around Lyon were deported back on charter flights to Romania after accepting 300 Euros for something called “a voluntary return”.

The Roma’s exploited poverty – and who is behind it

While it is true that most foreign-born Roma living in France speak no more than a few words of French, live in improvised camps and beg from tourists, the public health concerns cited by the French government as the main reason behind the deportations and demolitions are a see-through curtain behind which it is easy to discover that the main reasons lie in generations of discrimination against the Roma – in France and elsewhere in Europe. What is even more discouraging is that recent polls show that as much as 65% of French public firmly supports government actions against the foreign-born Roma. The only relief comes from the fact that certain influential political parties condemn the deportations, and that, despite public opinion being against the camps, there are still those who protest against the obvious violations of basic human freedoms.

Moving eastward, the Roma who accepted their 300 Euros and returned face additional discrimination at home, possibly even lower standards of living, skyrocketing unemployment rates and low literacy levels. Thus, it is no surprise that the percentage of those who decide to return to France is very high.

And as the caravans travel, Europe cannot but wonder where its last stateless people will finally settle.

[1] Note that, while in some languages, such as Dutch, zigeuner is a neutral word; the term most likely derives from the Greek word meaning “untouchable”. In most European languages the term is considered negative; the central council of Sinti and Roma refuses to use it, since it was used by the Nazis during WWII.

[2] Hancock, I. (2002). We are the Romani people, Ame sam e Rromane džene. University of Hertfordshire Press.

Brazil's municipal elections: How they work, why they... Previous
Internal affairs of Calabria: corruption in the south... Next 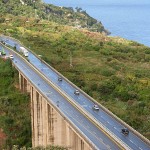