On October 7th, 140 million Brazilians will go to the polls to cast a vote on who will run local schools best and who is most competent to ensure health clinics work properly. Decisions range from which street to pave to whether or not to extend early childhood education.

Politics in Brazil is significantly homegrown. Municipalities and their mayors, more specifically, hold greater responsibility and visibility than in the vast majority of countries. Ulysses Guimarães, an influential politician, used to say that in Brazil, “people don’t live in the states or in the federation, they live in the municipalities”. The dynamics of politics are very local in nature. Politicians construct alliances and fight for influence and prestige at the city level. The parties which have had presidents elected in the past two decades, PT (Partido dos Trabalhadores, the Worker’s Party) and PSDB (Partido da Social Democracia Brasileira, the Brazilian Social Democracy Party), are not the parties providing the highest number of elected mayors. Municipal offices are so important for political careers that many current federal and state deputies will join the run to become mayors.

The ins and outs of the municipal elections

In all 5,568 municipalities, from giant São Paulo – among the ten richest and most populous cities in the world – to the smallest towns (the average city in Brazil has around 10,000 inhabitants), elections are held simultaneously, following the same rules across the country. The only difference is that in municipalities where the electorate is composed of more than 200,000 voters, there can be a runoff between the two candidates with the highest number of votes if the contender does not obtain 50%+1 of the votes in a first round.

Pre-electoral alliances among parties play a crucial role, as the size of the coalition determines the time candidates will have to present their proposals on TV and radio. The role of vice-mayor and participation in the future administration are clear bargaining chips. In cities in which there is a runoff, the number of candidates is usually much higher – these candidates then decide whether to support one of the candidates in the runoff.

One of the crucial questions of the 2012 municipal elections is: are mayors in office likely to be reelected? In 2008, there was a significant increase in the percentage of mayors who were elected for an additional term. In 2000 and 2004, less than 60% of those who had been in office and decided to run again were successful. In 2008, an exceptional year in terms of economic growth and optimism, almost 70% of incumbents were given a chance by their electorates to stay in office for 4 more years.

It is not clear whether mayors in office will have such a high probability of being reelected this year. Even though unemployment still stands at very low levels, the pace of economic growth has declined substantially over the past two years. In the context of a decelerating economy, this year’s elections will be a test to see whether President Dilma Rouseff’s high popularity ratings translate into victory for candidates aligned with her government. Roussef’s party, Partido dos Trabalhadores (PT), is facing a stiff crisis over these last election weeks, due to the results of a trial on a corruption scandal dating from the Lula government years.

The opposition has been trying to regain forces, but it remains unfocused and will probably not win in many major cities. Polls suggest that in the most important state capitals, the parties inside Dilma’s coalition that were not involved in the scandal, specially the PSB (Partido Socialista Brasileiro, Brazilian Socialist Party) but also the PDT (Partido Democrático Trabalhista, Democratic Labour Party), are the most likely to experience an increase in the number of mayors elected.

The elections in 2012 will also be the first in which the Clean Record Law is fully valid. This regulation, introduced via citizen action (signed by 1.6 million people all over Brazil) and later approved by the Federal Congress, blocks the participation of candidates who have been condemned by the justice at any level, arguably making politicians less likely to engage in corruption or other irregularities. On the other hand, voters remain in the dark on candidates’ exact financial donors, due to a rule which allows companies or citizens to donate to parties without reporting exactly which candidate they are financing.

What happens in the municipal elections in the following weeks will not only influence people’s lives directly, as well as the affairs of each city: it will also shape Brazilian politics both at the state and federal level. 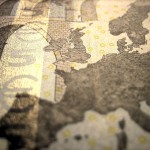 From Tobin to Robin: ins and outs of the financial transaction... Previous
Depicting the Roma - Europe’s Pariahs and French Public... Next 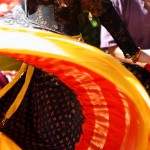 Master in Economics and in International Relations. Focus on questions of politics and government in developing countries. Currently working at the Econometrics and Applied Statistics Unit of the European Commission.